Please note birth name is: JEAN RABIN, which he hated, but was obliged to use throughout his life as noted by Kentucky documents and his father and step-mother's Wills which list him as "Jean Rabin créole de Saint-Domingue". After his adoption by Jean Audubon, he was dubbed, "Jean Jacques Audubon" but to escape conscription into Napoleon's army and enter the USA as a white freeman rather than a person of colour, Jean Audubon had a fake passport created in the name of "John James Audubon". Note that he went by "JJ" Audubon.

This sketch, focused on the Audubon family, is from selected material in a major article in Wikipedia.[1][2]

John James Audubon (Jean-Jacques Audubon) (April 26, 1785 – January 27, 1851) was a French-American ornithologist, naturalist, and painter. His major work, a color-plate book entitled The Birds of America (1827–1839), is considered one of the finest ornithological works ever completed. Audubon identified 25 new species.

Jean-Jacques Audubon was born in Les Cayes in the French colony of Saint-Domingue (now Haiti) on his father's sugar plantation. He was the illegitimate (or natural) son of Lieutenant Jean Audubon, a French naval officer (and privateer) from the south of Brittany, and his mistress Jeanne Rabine, a 27-year-old chambermaid from Les Touches in the same Province of Brittany (now in the modern region Pays de la Loire). They named the boy Jean Rabin. His mother died when the boy was a few months old.

Jean-Jacques was raised in Couëron, near Nantes, France, by Audubon and his wife Anne Moynet Audubon. In 1794 they formally adopted and renamed the boy Jean-Jacques Fougère Audubon. In 1803 when Audubon boarded ship for immigration to the United States, using a false passport obtained by his father, he changed his name to an anglicized form: John James Audubon.

In 1808 he married Lucy Blackwell, daughter of William Blackwell.

During a visit to Philadelphia in 1812 following Congress' declaration of war with Great Britain, Audubon became an American citizen and gave up his French citizenship.

He died at his family home on January 27, 1851. Audubon is buried, close to the location of his home, in the graveyard at the Church of the Intercession in the Trinity Church Cemetery and Mausoleum at 155th Street and Broadway in Manhattan. There is an imposing monument in his honor at the cemetery, which is the center of the Heritage Rose District of NYC.

Is John James your ancestor? Please don't go away!

ask our community of genealogists a question.
Sponsored Search by Ancestry.com
DNA
No known carriers of John James's DNA have taken a DNA test. 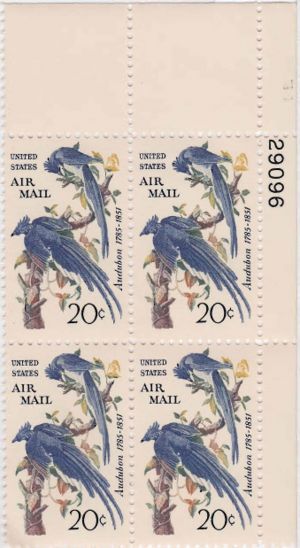 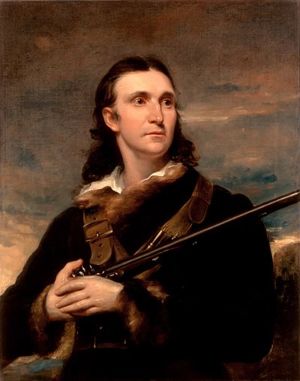 John James is 20 degrees from Jaki Erdoes, 18 degrees from Wallis Windsor and 17 degrees from Henry VIII of England on our single family tree. Login to find your connection.