N1203
MARRIAGE: John B. KEEFER to Mary AUXER, 1889, Blair County, PA
CITY AND COUNTY BRIEFS.
A marriage license was issued Monday to Dr. J. B. Keefer, of this city, and
Mary Auxer, of Harrisburg, by the clerk of Dauphin county, and he arrived
home the same evening with his bride.
Altoona Tribune, February 7, 1889
KEEFER-AUXER
Marriage of an Estimable Young Couple
Last Evening.
The many friends of Miss Mary E. Auxer, the organist of the Second Reformed church, will be pleased to learn of her marriage last evening to Mr. John B. Keefer, a prominent young dentist of Altoona. This happy event took place at the residence of the bride's mother, No. 407 Boas street, the ceremony being performed by Rev. H.D. Lehman, of Middletown, a cousin of the bride. Mr. Edwin A. Niess was the best man and Miss Sadie R. Lehman, the bridesmaid. The Mendelssohn wedding march was played by Miss Katie A. Niess. Only the immediate relatives and friends of the bride and groom were present.
Mr. and Mrs. Keefer left on an early train this morning for Altoona, where they will make their future home, taking with them the good wishes of their host of friends.
Written in the border are: Feb. 1889
From Dauphin County Historical Society, Ingram's Obituaries and Marriages, V. 30, p. 40
DEATHS
MARY E. KEEFER
Mrs. Mary E. Keefer, former resident of Altoona, died at her home, 407 Bas street, Harrisburg, Thursday evening after a lingering illness of several months. She was aged 69.
Mrs. Keefer was a lifelong member of First Church of God at Fourth Street, Harrisburg, and the pastor, Rev. H.R. Lobb, will conduct the funeral service at 2 p.m. today at the home.
From
Buried in E. Harrisburg Cemetery along w/sisters. Information on death
certificate supplied by Madison Keefer (son) of Progress, Pennsylvania.

I'm almost positive Harriet Auxer is her mother! The more I thought about it, the more it has to be! 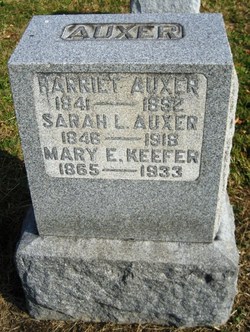 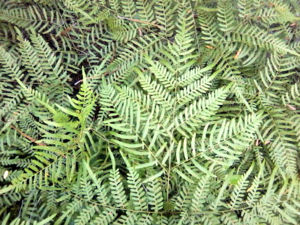 Mary is 24 degrees from Danielle Liard, 18 degrees from Jack London and 20 degrees from Henry VIII of England on our single family tree. Login to find your connection.