Theresa was born May 7, 1883 in Houma, LA to Francois Lemaire "Omer" Babin and Anne Victorine Navarre and baptized on June 11, 1883 at Sacred Heart Church in Montegut, LA.[1][2] She was the youngest of nine children born to this couple; however Omer had children with previous wives.

At the time of the 1900 US Census, Omer, Victorine, and Teresa are living with the eldest of Omer & Victorine's children, August in Beaumont, TX. Also in the household is August's wife, Lucy, Lucy's father and four sisters, and 25 boarders. [3]

According to stories told by Susan Agnes Gallier, Jacob was abusive. Susan and her husband Leroy Friebel went and took Theresa from the home. While there Leroy took a handgun that Jacob kept under a floorboard. This caused quite a fissure in the family with Susan, Lloyd, and Eloise on Theresa's side and Joseph on Jacob's side (William was not around at this time). [7][8]

When Jacob Jr died in 1944 his will showed the division. He left everything to Joseph except for $5 each to Theresa, Lloyd, Eloise and Susan.[9] Theresa went to court and ended up receiving a couple thousand dollars. They had never divorced.[8]

"Theresa's Team" moved to San Francisco and then further down the suburbs. Everyone lived together at one point in Burlingame, but eventually Eloise got a small apartment and Lloyd and Theresa moved to a small house in San Mateo, CA.[7] Eventually Theresa was too old to live with Lloyd and she went to live in a nursing home, Hillhaven Convalescent Hospital in Menlo Park, CA. She passed away from a myocardial infarction, arteriosclerosis, and congestive heart failure at the age of 89 on January 31, 1973 and was buried at Holy Cross Cemetery in Colma, CA. [10][11]

Thank you to Donna Storz for creating Babin-161 on 27 Jul 13. Click the Changes tab for the details on contributions by Donna and others.

Is Theresa your relative? Please don't go away!

Images: 6
Theresa Babin and her Grand-Daughter 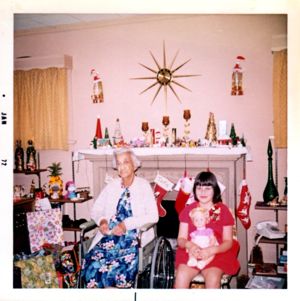 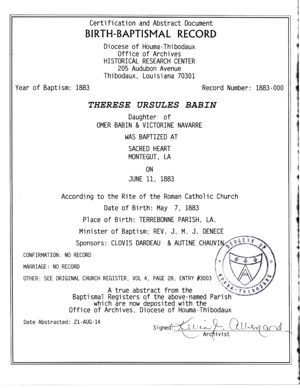 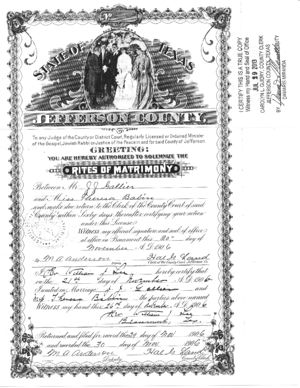 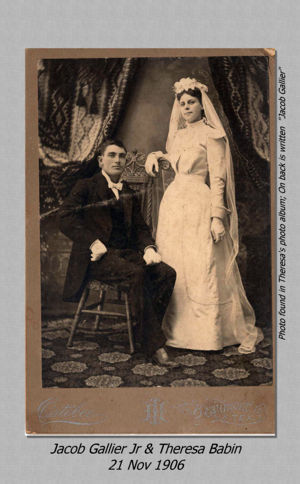 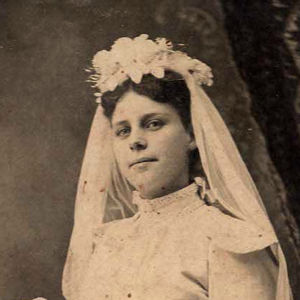 Theresa is 14 degrees from Danielle Liard, 18 degrees from Jack London and 19 degrees from Henry VIII of England on our single family tree. Login to find your connection.