Alvin Richard was born in Charlestown, Massachusetts, in 1846, the son of Joshua and Elizabeth (Richards) Bailey.[1] He was one of 6 children. The family moved to neighboring Somerville, Massachusetts, when he was young, and he grew up there, where his father was a baker.[2] He attended local schools.[3]

Alvin was an 18 year old bookkeeper living in Somerville, Massachusetts, when he enlisted to serve in the Civil War, on July 25, 1864. He mustered in the same day as a private in Company B of the 5th Mass. Infantry. He mustered out all the end of a 100 day term, in November of the same year, at Readville, Massachusetts.[4] He later served as a Corporal in the Spanish-American War.

He was a long-time member of the GAR Post #11 (Abraham Lincoln) in Charlestown, where he held numerous positions, including Post Commander #11.[5] By all accounts, he remained an active member for decades, throughout his life.[6] He was a member of numerous organizations and clubs, including the Sons of the American Revolution, The Somerville High School Association (vice-president), and the 5th Regiment Association, of which he was president of 1907-1908. [7]

Is Alvin your ancestor? Please don't go away!

ask our community of genealogists a question.
Sponsored Search by Ancestry.com
DNA
No known carriers of Alvin's ancestors' DNA have taken a DNA test. 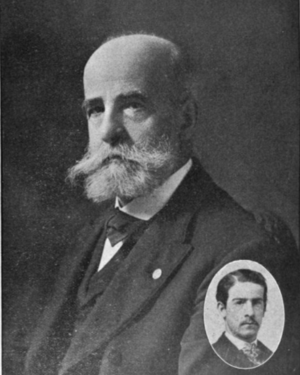