John Baird is Notable.
John Logie Baird was a Scottish scientist engineer, innovator and inventor of the world's first television

John Logie Baird was born at 8am on 13 August 1888 in Helensburgh, Dunbartonshire (now Argyll and Bute), the youngest of four children of the Reverend John Baird, the Church of Scotland's minister for the local St Bride's church, and Jessie Morrison Inglis, the orphaned niece of a wealthy family of shipbuilders from Glasgow.[1][2]

Although Baird suffered ill health for most of his life, he nonetheless showed early signs of ingenuity: rigging up a telephone exchange to connect his bedroom to those of his friends across the street; building a glider; and installing electricity in the Lodge, his family home.[2][3] He received an associate degree at the Glasgow and West of Scotland Technical College (now Strathclyde University) and later attended Glasgow University as a final year BSc degree student, but never sat for his examinations.[1] Instead he accepted an engineering position with the Clyde Valley Electrical Power Company in 1916, later applying for military service but being declared medically unfit.[1][2] He resigned his position with the Electrical Power Company in 1918 in order to pursue a number of start-up businesses located, at various times, in Glasgow, Trinidad and London.[2] Among these business ventures were the production of a medicated, water absorbent undersock in London, and a jam factory in Trinidad where citrus fruits grew in abundance. Baird was not destined to make his fortune producing jam, however, because "....unfortunately, the local insect life either ran off with the sugar or landed in the hot vats of boiling preserve."[4]

Baird's health eventually necessitated a move to the south coast of England, where he began to study theories for transmitting and receiving visual signals.[1] Due to reduced financial circumstances, his first crude television was made of odds and ends (an old hatbox, scissors, darning needles, bicycle light lenses, a used tea chest, sealing wax and glue),[2] but by 1924 he managed to transmit a flickering image across a few feet. On 26 January 1926 he gave the world's first demonstration of true television before fifty scientists from the Royal Institution in an attic room in central London,[1] and in 1927 he was able to successfully transmit visual images over 438 miles between London and Glasgow.[2] The Baird Television Development Company (BTDC) was formed and, in 1928, achieved the first transatlantic television transmission between London and New York and the first transmission to a ship in the mid-Atlantic.[2] Baird also pioneered the use of colored television, stereoscopic television, phonovision (recording both sound and vision on a gramophone disc), large screen television, and zone television.[1]

In 1936 the BBC started the world’s first regular high-definition service from Alexandra Palace using the Baird system, though it was abandoned one year later in favour of a system developed by Isaac Shoenberg of EMI. Schoeberg's was an all electronic, 405-line system while Baird's was 240-lines and based on mechanical scanning. The last BBC broadcast using the Baird system was transmitted on 30 January 1937.[1]

John Logie Baird married Margaret Cecilia Albu 13 November 1931 in the Half Moon Hotel at Coney Island, New York.[5] Her father was a diamond merchant in South Africa, and Margaret was a classical pianist who trained in London.[6] Despite a nineteen year age difference, and the fact that Margaret was a musician and John a scientist, the marriage was to last for fifteen years (until John's death in 1946). They had two children:

Baird continued working on his various projects almost until the end. He suffered a stroke and was thought to be recovering when he died in his sleep 14 June 1946 in his home at Bexhill, Sussex.[10][11] John Baird was buried at Helensburgh, Scotland (the town where he was born) next to his father and his mother. His wife Margaret joined him there at her own death fifty years later.[2] 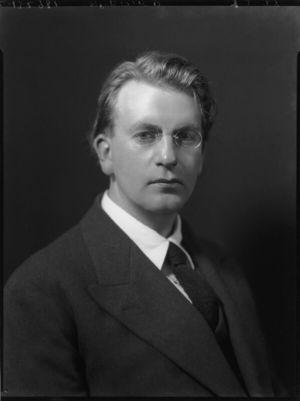 Melanie Paul
Is there any chance we could get Baird Connected before next week? I kinda sorta nominated him as a support profile to Alexander Graham Bell's being EPOW. (There is no guarantee he'd make the final eight, even if Connected, but he'd at least be in the running if he were.)
posted Mar 04, 2021 by Melanie Paul

Melanie Paul
I've had a thing for Baird for decades - even "debating" with my late husband over who invented the television (was not the Americans!) - but am not sure I could do him justice. If I can help, please let me know. (I can drop working on my USBH profiles for a while.)
posted Mar 04, 2021 by Melanie Paul

Melanie Paul
I think I can do it!

I'm working on his aunt, and think I have a trail from her, through her husband's first wife's family. I just need to get my ducks in a row and cross all the i's and dot all the t's.

Melanie Paul
Done. He should show as Connected after the next update.

Now all I need to do is go back and properly flesh out and source the profiles I just created.

Melanie Paul
I wasn't seeing anything going up, so I went up and OUT. I was just lucky finding the husband of his aunt had been married before, and that first wife's family was already here and Connected -- albeit a few generations up. Between us, if I had not, someone else would have. Collaboration!  :)
posted Mar 06, 2021 by Melanie Paul

Jen (Stevens) Hutton
I will be locating additional sources for this profile on behalf of the Scotland Project. If you know of information which you feel should be included please send me a message or post here. Thanks,