Henry Durrell Ball was born in Pennsylvania in about 1886.[1][2] He married Desiree Evelyn (Hunt) Ball on August 31, 1910 in Chautauqua County, New York. (Desiree was only 17 years old when she married. She was born in Jamestown, New York, to Fred C. Hunt, born in Jamestown, and Flora B. Orcutt.) Henry was a 24 year old electrician born in Columbus, Pennsylvania, the son of Jasper C. Ball and Nellie Durrell. The ceremony was performed by the Rev. Charles S. Reed, with William L. LeVier and Charles H. Orcutt as witnesses.[1][3] Henry Ball was a telephone lineman who died when daughter Lucille was only three.[4]

Henry Durrell Ball died of Typhoid Fever at age 27 years on February 28, 1915 in Wyandotte, Wayne, Michigan, United States. His daughter Lucille was only 3 years old and his wife Desiree was pregnant with their son Fred. He is buried in the Lake View Cemetery in Jamestown, Chautauqua County, New York, United States. [5] [6]

ask our community of genealogists a question.
Sponsored Search by Ancestry.com
DNA Connections
It may be possible to confirm family relationships with Henry by comparing test results with other carriers of his Y-chromosome or his mother's mitochondrial DNA. However, there are no known yDNA or mtDNA test-takers in his direct paternal or maternal line. It is likely that these autosomal DNA test-takers will share some percentage (beta) of DNA with Henry: 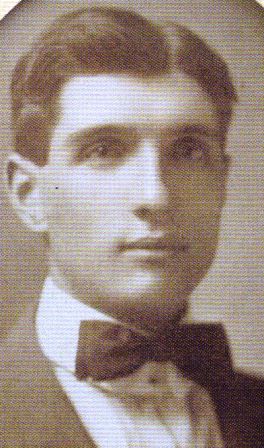