This profile is part of the Braddock Name Study.

At the time of the 1901 census, Elizabeth lived with her parents at 23 Zante Street. Her father was a bookbinder. Her maternal grandmother, Agnes Little, and her uncle, Hugh T Little, also lived at the house.[4] By 1911 the family had moved to live at 4 Letchworth Street, Anfield. Two labourers also boarded at the house, which had five habitable rooms.[5]

Bessie married John Braddock on February 09, 1922.[6][7] At the time of the 1939 register, the couple lived with Bessie's father at 25 Freehold Street, Liverpool. John worked as an insurance agent.[8]

Bessie was a British Labour Party politician who served as Member of Parliament for the Liverpool Exchange division from 1945 to 1970. She was a member of Liverpool County Borough Council from 1930 to 1961.

Is Bessie your ancestor? Please don't go away!

ask our community of genealogists a question.
Sponsored Search by Ancestry.com
DNA
No known carriers of Bessie's ancestors' DNA have taken a DNA test. 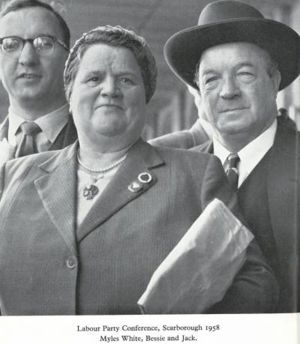 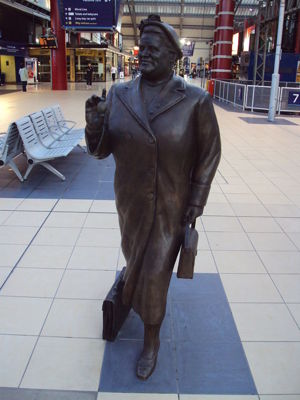 Bessie is 40 degrees from Danielle Liard, 31 degrees from Jack London and 33 degrees from Henry VIII of England on our single family tree. Login to find your connection.