James Matthew Barrie was born in Kirriemuir, Scotland on 9 May 1860. His father David Barrie was a hand-loom weaver, and his mother Margaret Ogilvie, the daughter of a stone-mason. He was the 9th of their ten children. Two had already died before he was born.

When he was six years old his elder brother David died the day before his 14th birthday in an ice-skating accident. His mother never recovered from losing David whom James thought of as her favourite child. This had a major effect on James and his future work.

After being educated at Glasgow, Forfar then Dumfries Academy he studied literature at the University of Edinburgh graduating with an MA in 1882. His extensive literary career took him to London and included novels, biographies, plays and other theatre works.

He is however best remembered as the creator and author of the Peter Pan works. The characters were originally created to amuse the children of family friends Arthur and Sylvia Llewelyn Davies.

He married Mary Ansell who had acted in one of his productions on 9 July 1894 in Kirriemuir. The marriage however did not last and they did not have any children. [1], [2]

Barrie's house in Bayswater London was close to Great Ormond Street hospital. Barrie donated to the hospital. In 1929, Barrie unexpectedly and generously gifted his copyright of Peter Pan to GOSH. The hospital still receives funding from this gift, [3] 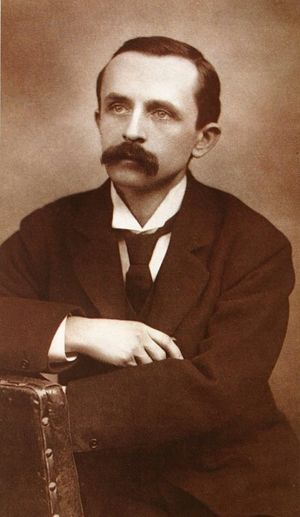 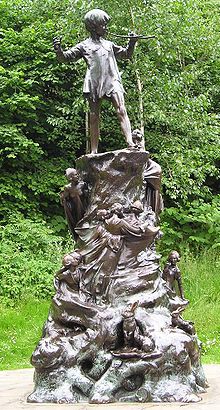 Maria Maxwell
Hi, I'm one of the leaders of the Scotland Project. We would like to manage and develop J M's profile. Can I therefore request you add me to the trusted list and the Scotland Project as co- profile manager wikitree-scotland-project@googlegroups.com

J. M. is 24 degrees from Donald Howard, 23 degrees from Julia Howe and 15 degrees from Henry VIII of England on our single family tree. Login to find your connection.