SGT Edward Barry was Killed in Action during the Vietnam War`.

Edward Francis Barry was born August 04, 1946 in Wantagh, Nassau, New York. His father was Edward Barry. Edward is said to have a sister name Valerie and a niece, Jada and nephew, Jason Edward. [1]

Sgt Edward Francis Barry was killed in action during the Vietnam War February 15, 1969 in Long An, Vietnam. Sgt Barry was one of many heroes of battle for Saigon during Tet -68 and May offensive. He extended his tour 15 days, but was KIA 10 days before leaving Vietnam, during a ground attack on 2/47 base camp at Binh Phuoc.


Memories: 1
Enter a personal reminiscence or story.
Dorothy Barry
My older brother Frankie, Francis Edward Barry had told me a story about a visit to the "Vietnam Veterans National Memorial" in Washington, DC years ago when he spotted Edward Francis Barry's name on the wall. He took a double take and his face was in shock and a bit confused... You see, he read the name wrong, Frankie thought it said "Francis Edward" Barry on the Wall. He did some research and found the name again, this time with a birth date the same as his, in August 1946. Again, another shock. To think this man took a spot on "the wall", after serving his country for my brother and all of us Barry's from the New York, New Jersey and Connecticut area. Thank you Sgt Edward Francis Barry for your ultimate sacrifice for our nation. MSG Dorothy M. Barry, Retired U.S. Army.
posted 29 Nov 2016 by Dorothy Barry   [thank Dorothy]
Login to add a memory.
Is Edward your relative? Please don't go away! 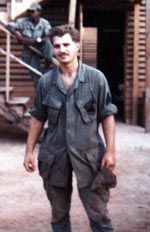 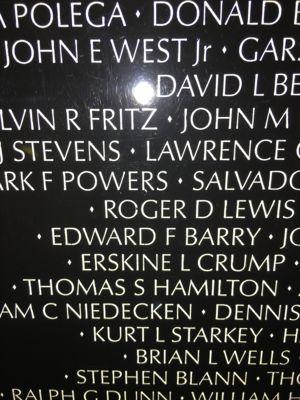 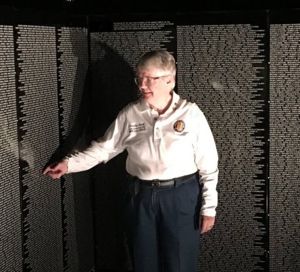 Dorothy Barry
A special thank you to WikiTree member and researcher "Dallace Moore" (Moore-34858) who located an obituary listing the siblings and other family members of Sgt Edward Frances Barry and sent it to me to share. It is posted on his father's page: Edward Joseph Barry (Barry-3040). Also a note of appreciation to Sandra Davidson (Barry-3041) who created Sgt Barry's parents' WikiTree pages back in Nov 2017. Now more connections can be made to this family!!
posted Sep 01, 2019 by Dorothy Barry

How are you doing

I have found an obit for Edward Joseph Barry, husband of Theresa. Would you want me to send it to you or upload it somewhere.