At the time of the 1850 census, the 18-year-old Sylvester is living with his brother Sylvanus in Newton, New Hampshire. The brothers were both working as shoemakers. [1]

At age 20, he married Maria on February 15, 1852, in Amesbury, Massachusetts. They were married by a Justice of the Peace named Joseph Merrill.

He appears in the 1855 Massachusetts State Census in Amesbury with Maria, Ann (two years old) and Frank (newborn). [2]

At the time of the 1860 census he was a 27-year-old shoemaker living in East Kingston, NH. He and Maria has their four young children, Charles being just one year old. In March 1861, Stephen was born. [3]

In December 1861, he went to Manchester to enlist in the Army and fight for the Union in the Civil War. He signed up in Company B, 8th Regiment, New Hampshire Volunteers to serve three years, or for the duration of the war. He was mustered in as a private a week later, five days before Christmas.

He was promoted to corporal (year?).

Interestingly, he had a neighbor in East Kingston, another shoemaker, who enlisted in the same NH regiment on the same day in 1861. They served in the same company. This neighbor was killed in the first great charge on Port Hudson on May 27, 1863. Sylvester died in the second great charge, on June 14.

According to the affidavit from Sylvester's company captain in Maria's pension papers, Sylvester was shot in the head.

Is Sylvester your ancestor? Please don't go away!

ask our community of genealogists a question.
Sponsored Search by Ancestry.com
DNA Connections
It may be possible to confirm family relationships with Sylvester by comparing test results with other carriers of his Y-chromosome or his mother's mitochondrial DNA. However, there are no known yDNA or mtDNA test-takers in his direct paternal or maternal line. It is likely that these autosomal DNA test-takers will share some percentage of DNA with Sylvester: 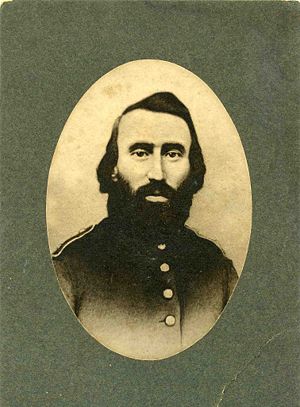 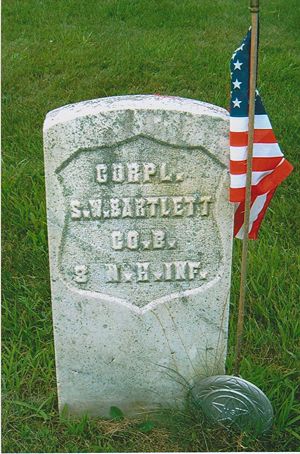