and Ada May (Storrs) Bartlett

Hollis was born in Worcester, Massachusetts. He graduated from North High School and attended Clark University for a year before entering the army.

He served as a sergeant in the Korean War and was wounded by concussion grenades fighting the Chinese. Here is a newspaper story about the experience. He was awarded the Bronze Star for heroism.

His name is rich in family history. He is named after his father, Hollis Manning Bartlett. Hollis is his son Ralph's middle name and his grandson's first name. His middle name Manning is shared with his great-grandfather Edward Manning Downie, his nephew Theodore Manning Whittenkraus, and his grandson Christopher Manning Bartlett. His neice Holly (Whitten) Davis is named after him. He was in the hospital for his appendix (?) when she was born.

He is the father of four children: Virginia after her mother, Ralph, Gail and Paul.

Is Holly your relative? Please don't go away!

ask our community of genealogists a question.
Sponsored Search by Ancestry.com
DNA Connections
It may be possible to confirm family relationships with Holly by comparing test results with other carriers of his Y-chromosome or his mother's mitochondrial DNA. However, there are no known yDNA or mtDNA test-takers in his direct paternal or maternal line. It is likely that these autosomal DNA test-takers will share some percentage of DNA with Holly: 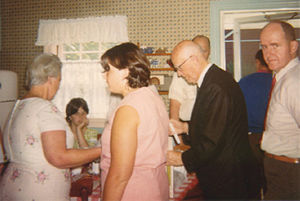 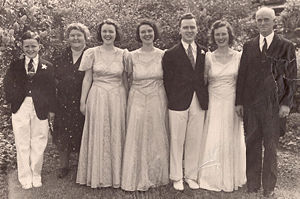 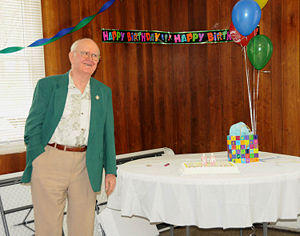 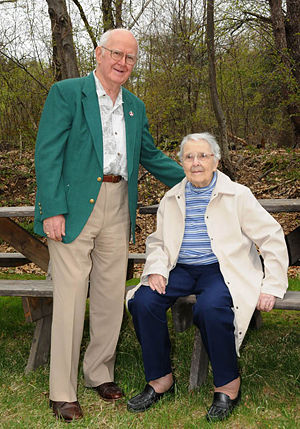