Clarissa (Clara) Barton is widely known as the founder of the American Red Cross and her duties on the battlefield during the Civil War. But how she accomplished these great feats is no doubt not an easy task. To become great one must start very small. And it all started during her childhood in Oxford, Massachusetts.

Born December 25, 1821, in North Oxford, Massachusetts, Clara Barton was the daughter of Captain Stephen Barton, a farmer and horse breeder. Her mother, Sarah Barton was a housewife. As a child Clara was tiny, shy and youngest in her family. She was a kind, caring, lovable person. She liked to horseback ride and she loved farm animals. She cared for ducks, chickens, cats and dogs. Clara's instinctual gift of nursing started at the age of 11, when she nursed her brother through a serious injury.

Clara Barton's education was mostly taught by her older brothers and sisters, and while still a teenager at the age of 17 she started to teach in Massachusetts. In 1850, Clara took a break to attend the Liberal Institute of Clinton, New York, an advanced school for women educators. She continued her teaching career in New Jersey where, in 1852, she founded one of that state’s first public schools in Bordentown. She started this school with six students, and by the close of the year there were 600 attending. From then on she taught for 15 years.

In 1854, her home town Congressman helped her obtain an appointment by Clarles Mason, Commissioner of Patents, to work as a copyist in the Patent Office in Washington, DC. She was the first woman in the United States to hold such a government appointment. She copied secret papers during her time in this job. During 1857 - 1860, with an administration that supported slavery which she opposed, she left Washington, but worked at her copyist job by mail. She returned to Washington after the election of President Lincoln.

In 1865 Barton decided to begin the project of locating missing soldiers. With President Lincoln's approval, she set up the Bureau of Records in Washington and traced perhaps twenty thousand men. Through interviews with Federals returning from Southern prisons, she was often able to determine the status of some of the missing and notify families. Barton was working for the patent office in Washington, D.C., when the Civil War began in 1861. She decided to serve the Federal troops by personally collecting and storing supplies that people had given freely in support of the troops. In Washington she collected and stored food and medical supplies that could be distributed to the troops. In 1862 she was permitted to travel to places where the fighting was taking place. Barton was with Federal forces during the siege of Charleston, South Carolina, and also at battles in other areas.

Though Clara Barton was remarkably successful in using her personal efforts to organize Red Cross campaigns, she was less successful in administering a growing organization. Barton volunteered for the International Red Cross while on a trip to Europe in 1870. She helped refugees of the Franco-Prussian War in Paris and other cities. She returned to America in 1873, and in 1877 IRC authorities invited her to establish an American Red Cross. For the next 23 years, Barton organized and led the Red Cross, personally leading many relief expeditions to victims of forest fire, flood, hurricane and war.

Clara Barton finally resigned as president of the American Red Cross in 1904 and retired to Glen Echo, Maryland. She passed away on April 12, 1912 at the age of 91. She was buried at her birth place, North Oxford.

Clara Barton was a pioneer American teacher, nurse, and humanitarian. Clara was described as having a "strong and independent spirit."

Several men proposed to Barton, but she remained single her whole life, at one point telling her nephew that on the whole she felt that she had been more useful to the world by being free from matrimonial ties.

In 1854, she gave up teaching and took a job in the United States Patent Office in Washington, D.C. She worked hard, got promoted, and within a year was making a salary equal to the men in the office (which angered the men). She left Washington for three years when the administration changed, but she returned in the early 1860s and resumed her job in the Patent Office. By 1861, war was breaking out, and when supporters of the Confederacy attacked Union soldiers in Washington, D.C., Clara helped nurse wounded soldiers in the same way she had nursed her brother when they were young.

During one of the first major engagements of the war, the Battle of Bull Run, the Union suffered a staggering defeat and as Clara read reports of the battle she realized that the Union Army had not seriously considered or provided for wounded soldiers. She began to ride along in ambulances, providing supplies and comfort to wounded soldiers on the frontlines.

After the war, she traveled to Geneva, Switzerland, where she learned about the International Red Cross and its mission to be a neutral organization that helped wounded soldiers. When Barton returned to the United States, she pressed for the creation of a national branch of the Red Cross. But many people thought there would never again be a war as monumental and devastating as the Civil War and didn't see the need for the Red Cross. Barton finally convinced the Arthur administration that the Red Cross could be used in other crises.

The American Red Cross was officially incorporated on this day, with Barton as its president. Clara Barton said, "I may be compelled to face danger, but never fear it, and while our soldiers can stand and fight, I can stand and feed and nurse them."


Memories: 1
Enter a personal reminiscence or story.
victoria unetic
“I have an almost complete disregard of precedent, and a faith in the possibility of something better. It irritates me to be told how things have always been done. I defy the tyranny of precedent. I go for anything new that might improve the past.” -Clara Barton
posted 19 Oct 2009 by victoria unetic
Login to add a memory.
Is Clara your ancestor? Please don't go away!

ask our community of genealogists a question.
Sponsored Search by Ancestry.com
DNA
No known carriers of Clara's ancestors' DNA have taken a DNA test. 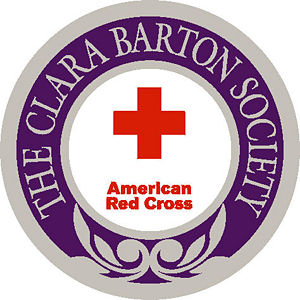 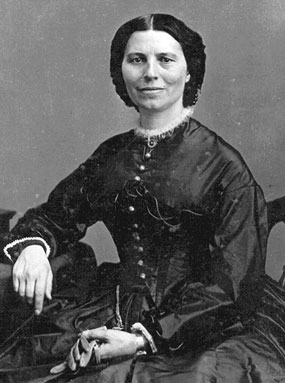 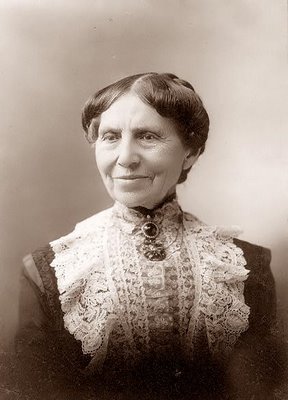 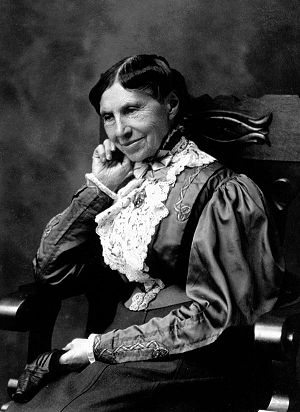 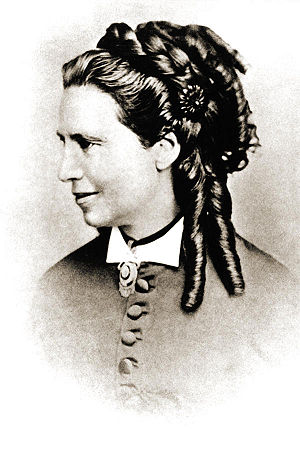