Father of Mihnea cel Rău (Drăculești) Dracul and Vlad Drăculești
Died before 10 Jan 1477 at about age 45 in Bucharest, Wallachia

Vlad III, Prince of Wallachia (1431–1476/77), was a member of the House of Drăculești, a branch of the House of Basarab, also known by his patronymic name: Dracula. He was posthumously dubbed Vlad the Impaler (Romanian: Vlad Țepeș), and was a three-time Voivode of Wallachia, ruling mainly from 1456 to 1462, the period of the incipient Ottoman conquest of the Balkans. His father, Vlad II Dracul, was a member of the Order of the Dragon, which was founded to protect Christianity in Eastern Europe. Vlad III is revered as a folk hero in Romania as well as other parts of Europe for his protection of the Romanian population both south and north of the Danube. A significant number of Romanian and Bulgarian common folk and remaining boyars (nobles) moved north of the Danube to Wallachia, recognized his leadership, and settled there following his raids on the Ottomans.

As the cognomen 'The Impaler' suggests, his practice of impaling his enemies is part of his historical reputation. During his lifetime, his reputation for excessive cruelty spread abroad to Germany and elsewhere in Europe. The name of the vampire Count Dracula in Bram Stoker's 1897 novel Dracula was inspired by Vlad's patronymic.

The Drăculești were one of two major rival lines of Wallachian voivodes of the House of Basarab, the other being the Dănești. These lines were in a constant contest for the throne from the late fourteenth to the early sixteenth centuries. Descendants of the line of Drăculești would eventually come to dominate this principality until its unification with Transylvania and Moldavia by Mihai Viteazul in 1600.

The line of the Drăculești began with Vlad II Dracul, son of one of the most important rulers of the Basarab dynasty, Mircea cel Bătrân. The name Drăculești is derived from the membership of Vlad II Dracul, "the Dragon," in the Order of the Dragon (founded 1408). One of his sons was Vlad III Draculea, (Son of Dracul). 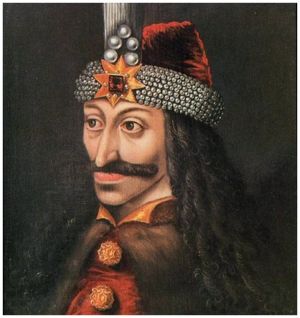 1462 Engraving of Vlad the Impaler 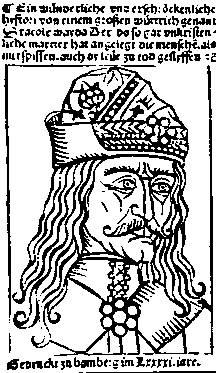 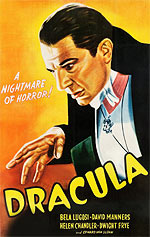 Leave a message for others who see this profile.
There are no comments yet.
Login to post a comment.
Cecilia Fabos
Some years ago while researching my Garai and other Hungarian ancestry, the Associate Dean of the History Department of the University of Minnesota acquainted me with a 17th century German translation of 6 volumes of the _Chronicles of Matyas Corvinus_--the king who had Vlad the Impaler imprisoned. This set was in the O. Meredith Wilson Library, in an area of special collections and folios of the general history floor. It had a lot of genealogies and history of the very period under discussion. I agree that this is not a well researched and documented article. From the original, contemporary sources, I learned that the "Order of the Red Dragon" or "Order of the Dragon," had been established under the leadership of the Garai, who were related to both the Szilagy and the Hunyadi and that the head of that family was once, briefly in charge of holding Vlad Dracul prisoner, and may have asked that his life be spared when Matyas considered having him executed. Vlad was considered deranged and an unstable rogue in military actions, by his early childhood and the years of terror under the Turkish rulers in their court where Vlad had been sent as a hostage while still a child. Vlad had his uses in fighting the Turks but made as many enemies at home and among neighbors, terrifying them, as well as the Turks. Matyas Hunyadi, no saint himself (few were at this time--especially on the frontier with the Turks, and the Golden Horde wasn't gone, either), and his advisers had to weigh Vlad's value as a military field and strategy commander against the Turks with the damage he was doing inside Wallachia and the tensions he created with other Christian neighbors. Also most of Transylvania continued under Hungarian rule (albeit for a time as the part of eastern Hungary and Transylvania as a tributary to Turkey), until 1918. The tributary was not considered by Western nations to be legitimate, any more so than the invasion and conquest and occupation of central Hungary. Wallachia itself was under direct Turkish rule, as the state of Rum, until the late 1800's. During that time, many Christian Romanians (Wallachians and others) fled to Transylvania, where by 1918 they ended up a slight majority. I do not recall the Bathory being stated as related to Vlad Dracul, but the Szilagyi were definitely mentioned, and in fact one later account said his mother was also a Szilagyi, which is possibly why his life was spared, as Matyas' mother was a Szilagyi. The Hunyadi were also a Hungarian-Transylvanian family with connections in Hungary and neighboring countries. Cousins often intermarried with cousins--repeatedly to concentrate land and power and ensure maximum loyalty, especially during conflicts. In my own father's family, as late as my paternal grandparents' marriage in Hungary in 1905, my grandparents were cousins to one another, though not very close. By the way, most accounts say that Vlad's wife committed suicide by leaping out a window when the Turks were advancing on the castle and she feared that time her husband would lose the battle--and his life. The couple did love one another and her death was believed to cause him to become even more unhinged.
posted Oct 29, 2020 by Cecilia Fabos
R Prior
Visited Bran and the castle back in 2006, not sure if I have any of the photos I took anymore. I do remember it being very small, relative to what I was expecting.
posted Oct 29, 2020 by R Prior

Andreas (Basso) West
The page is done nicely, I fully agree but I wonder where the sources are for the dates and locations. Am I wrong that this profile is sub-standard for pre-1500 profiles?

maybe it would be an idea to link Stoker-301.

We plan on featuring Vlad as the Example Profile of the Week in the Connection finder on October 28th. Between now and then is a good time to take a look at the sources and biography to see if there are updates and improvements that need made, especially those that will bring it up to WikiTree Style Guide standards. We know it's short notice, so don't fret too much. Just do what you can. A Team member will check on the profile Tuesday and make changes as necessary.

László Kóczy
Can you find sources on the marriage with Cnaejna BATHORY? I find no evidence that she existed at all...
posted on Wallachia-13 (merged) Sep 07, 2018 by László Kóczy
[Living Ogle]
Nice job Martyn! I'm glad Euro Aristocrats picked it up. I adopted it after it was abandoned ... probably by a relative.
posted on Wallachia-13 (merged) Jul 03, 2014 by [Living Ogle]

Great job on the family history of Prince Vlad! In order to protect the profile from any harm, I will ad this to the European Aristocracy Project and lock it under the terms of the project. Please consider to join as you seem to have a lot of knowledge and obviously fun at it. Thanx again for the great work!