In 1830, James and Millie were living in St. Landry Parish and were reported on the census with two children. This was probably Josiah born in 1827 and Mary Bass born 1828.

By 1840, James and Millie Bass had settled in Rapides Parish near his parents; and along with Eli, Drewry, and S. Bass were reported in the Rapides Parish census. There were eight children in the James Bass home by this date, although we can only account for seven: Josiah, Mary, John, James, Jeremiah, Amelia, and Emily. The eighth child could have died after 1840, and therefore, was not listed on the 1850 census which first listed individual names.

James Bass lived in an era, when a pioneer who had to conquer a wilderness just to make a home for his family, was by necessity a tough individual. The Basses made their home in that part of Rapides Parish and Sabine Parish that was referred to by historians as "No Man's Land," and is located near the present town of Leesville. Men lived by the gun, as law enforcement was almost nonexistent. The gun, in most cases, settled arguments, and determined whether a man survived or gave up.

Tales handed down in the Mayo family for generations, were recorded by Napoleon Mayo (before his death) and Jack Hadnot of Leesville, LA. They remembered Stephen Cooley, George Mayo, James Groves, Thomas Nash, and James Bass all lived in the same vicinity of No Man's Land as neighbors and friends. Whenever one was in trouble, the other members of the group were there to help. These men were all conscientious, very protective of their families and property, and extremely hard-working men. Occasionally they had their own internal arguments, but nothing ever lasted very long.

One such event recorded by Mayo and Hadnot concerned a Bass/Cooley Fiasco. It seems James Bass and Stephen Cooley had a violent argument which ended in a brawl.James Bass supposedly gouged Stephen's Cooley's eye out during that fight. Afterwards, he went to George Mayo's house where George advised James to leave the country. If a man crossed the state line in those days, the law would not pursue him. Whether or not James Bass took this advice, or whether or not he even needed to, can never be verified. All participants of the fight are long gone and only the story which they left to their children remains. The Cooleys and Basses remained friends to this day, and the story is still told by the old timers. We have repeated it here to acknowledge that it does exist, not verify its authenticity, and to preserve it for future generations.

In 1850, James and Millie were listed on Rapides Parish census rolls with two additional children: Serena and Missouri. It is believed that Missouri died as a young baby, however, this cannot be verified. This 1850 census record was the last official account found for James Bass. According to family tradition, he had never learned to swim, and sometime between 1851 and 1860, he drown crossing the Calcasieu River. He was buried on the levee near the accident site in what was later to become Mayo Cemetery. His life-long friend and cohort, Stephen Cooley, was later buried there along with George Mayo and his wife. The graves were unmarked, but family members have cleared the area, fenced it in, and placed a marker on the Mayo graves.

Emily Groves survived her husband by at least ten years, and appeared on the 1860 Rapides Census with property valued at $6,500. Her youngest child Delaney was still in the household. They were living next door to her daughter, Amelia (Bass) Wales. According to family sources, Emily was buried in the Wales Cemetery (now Union Grove) near Leesville, Louisiana, in an unmarked grave.

ask our community of genealogists a question.
Sponsored Search by Ancestry.com
DNA Connections
It may be possible to confirm family relationships with James by comparing test results with other carriers of his Y-chromosome or his mother's mitochondrial DNA. Y-chromosome DNA test-takers in his direct paternal line on WikiTree: It is likely that these autosomal DNA test-takers will share some percentage of DNA with James: 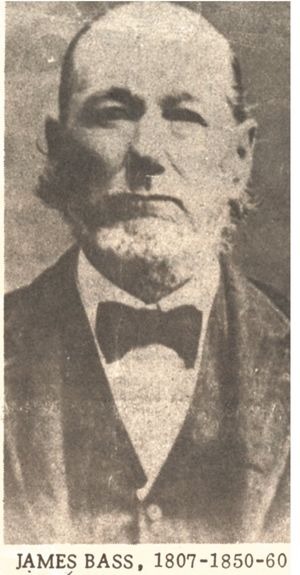 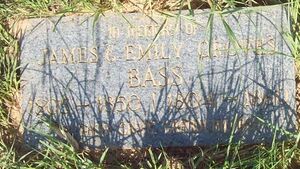 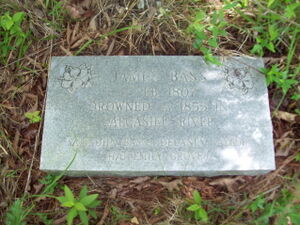