On 24 April 1862, John Bass enlisted in the Confederate Army and served as a Private in Co. E, 16th Regiment LA Infantry. He was discharged three months later on 5 July 1862. Apparently, John changed his allegiance and on 23 April 1864 in Alexandria, LA, he joined the Union Army along with his neighbor, William Smith who had married John's cousin, Emeline Bass. He served as a Sgt. in the 1st Battalion, Louisiana Cavalry Scouts. The military records listed him as being 6'2" tall with dark hair, dark eyes, and a dark complexion. His birthplace was shown as being St. Landry Parish, however, his tombstone shows Avoyelles Parish as his birthplace. John was discharged in December 1864 in New Orleans, three months after his companion William Smith died.

The following account is an interesting story as told to Jane McManus by one of John's nieces in 1978: "When the Civil War ended, John Bass came home. Although he had gone through the war uninjured, he met with misfortune when he arrived in Alexandria. As he was getting off the train, he tripped and fell. Someone or something mashed his hand, tearing the flesh and mutilating the hand. He bent the hand so that he could withstand the pain, and went to his sister's home. Mary (Bass) Bunch let John live with them as he was a bachelor and their parents were dead. John did what he could to help around the house; however his hand remained crippled the rest of his life."

In the 1880 Vernon Parish census, John was shown living with James Bunch and his daughter, Caroline. Mary (Bass) Bunch had died in March of that year.

On 10 April 1892. John Jackson filed for his Confederate pension. He was 56 years old, weighed 179 lbs., was never married, and listed his residence as Hicks, Louisiana.

By the time the census was taken in 1900, John was living with Caroline Bunch in Ward 6 of Vernon Parish . He was identified as her uncle.

ask our community of genealogists a question.
Sponsored Search by Ancestry.com
DNA Connections
It may be possible to confirm family relationships with John by comparing test results with other carriers of his ancestors' Y-chromosome or mitochondrial DNA. Y-chromosome DNA test-takers in his direct paternal line on WikiTree: It is likely that these autosomal DNA test-takers will share some percentage of DNA with John: 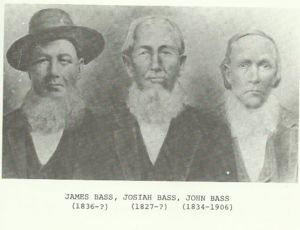 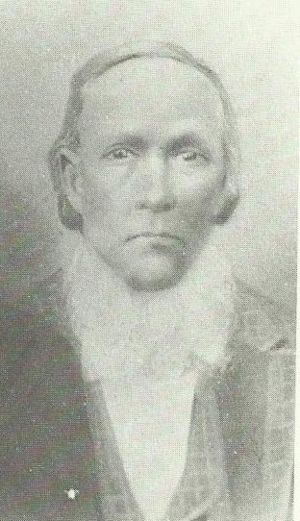