Princess Alice of Battenberg, was born at Windsor Castle Berkshire, England. Her great grandmother Queen Victoria was present at her birth. Her parents were Louis Battenberg and Princess Victoria Hesse-Darmstadt. Alice was baptised in Darmstadt Germany on 25 April 1885. Unfortunately she was totally deaf from birth but she learnt to lip read and she was able to speak both English and German.

At the coronation of King Edward VII in 1902, Alice met Prince Andrew, who she married at Darmstadt in Germany, in 1903. They began their married life in Greece and had had 4 daughters and a son, Philip, who would later marry Princess Elizabeth (later Queen) of England.

After her marriage, Alice did much charity work and became a Red Cross nurse in WWI. Although she had been confirmed in the Anglican church, Alice became a member of the Greek Orthodox Church in October 1928.

Alice's husband proved to be unfaithful and as a result she suffered a severe nervous breakdown in 1930. She was subsequently diagnosed with schizophrenia and after a short time in a sanatorium in Berlin, she had extensive treatment in Switzerland, where the diagnosis was confirmed. At this time Andrew left her and their 4 daughters. All of their daughters married German princes, while Prince Philip was sent to England to be cared for by his uncles.

During WWII, Alice lived in Athens where she saved a Jewish widow and 2 of her children from the death camps. By the end of the war, her husband had died and she returned to England in 1947 to attend her son's wedding. In January 1949, Alice founded a Greek Orthodox religious order, the Christian Sisterhood of Martha and Mary, which was a nursing order of nuns. Alice became a nun herself, but due to a lack of vocations the Order did not last.

In 1967 Queen Elizabeth and Prince Philip invited Alice to live permanently with them, in their home in Buckingham Palace, London. It was there that she died in 1969. She was initially buried in the crypt at Windsor Castle, but as she had expressed the wish to be buried in Jerusalem, her remains were transferred to a crypt below a convent in Gethsemane 1988. On 31 October 1994 Alice's only two surviving children, Prince Philip and Princess George of Hanover, went to Yad Vashem (the Holocaust Memorial) in Jerusalem to attend a ceremony, honouring their mother as "Righteous Among the Nations" which was an acknowledgement of her having hidden the Cohens in her house in Athens during the Second World War. Commenting on this, Prince Philip said, "I suspect that it never occurred to her that her action was in any way special. She was a person with a deep religious faith, and she would have considered it to be a perfectly natural human reaction to fellow beings in distress." She was posthumously named a Hero of the Holocaust by the British Government.

ask our community of genealogists a question.
Sponsored Search by Ancestry.com
DNA Connections
It may be possible to confirm family relationships with Alice by comparing test results with other carriers of her mitochondrial DNA. Mitochondrial DNA test-takers in the direct maternal line: 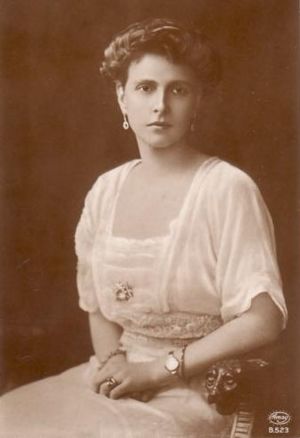 Alice Battenburg with her husband Prince Andrew of Greece 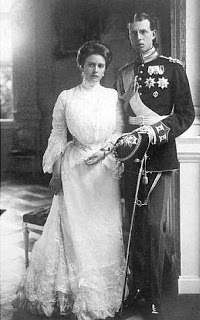 Alice Battenburg in her nuns habit

Alice is 25 degrees from Ludwig Kraayenbrink, 14 degrees from Henry VIII of England and 17 degrees from Ferdinand von Zeppelin on our single family tree. Login to find your connection.

Categories: Righteous Among the Nations