Colonel Bill Baugh was a Prisoner of War for 2235 days during the Vietnam War.

Bill was educated at Bowling Green State University in Bowling Green, Wood, Ohio. He was in the United States Air Force Reserve Officer Training Corps program there and received his commission as a 2nd Lieutenant at graduation on 10 June 1956 when he was 21.

Bill married his high school sweetheart, Mary Ellen Dubois (born 13 December 1935 Piqua, Ohio) on 2 September 1955 in Miami County, Ohio. [3]They had four children. Three of his children were teenagers when he returned home from Vietnam. The fourth and youngest child, Liz hadn't been born when he was taken prisoner. [4]

Children of the Baugh-Dubois Marriage

On 15 October 1956 he went on active duty in the United States Air Force and completed Undergraduate Pilot Training and received his wings at Laredo Air Force Base in Laredo, Webb, Texas in January 1958. He completed fighter interceptor pilot training in the F-86D Sabre in July 1958. From there he was assigned to the 465th Fighter Interceptor Squadron at Griffiss Air Force Base in Rome, Oneida, New York. There he flew the F-89 Scorpion and the F-101B Voodoo.

In September 1963 he went to Royal Air Force Bentwaters near Woodbridge, Suffolk, England to the 92nd Tactical Fighter Squadron where he flew F-101A Voodoo and C and then the McDonnell Douglas F-4C Phantom. In September 1966 he was assigned to the 480th Tactical Fighter Squadron at Da Nang Air Base in South Vietnam. He flew 25 missions over South Vietnam. He was forced to eject on his 50th combat mission (25th over North Vietnam) and was taken prisoner.

Bill was shot down over North Vietnam on 21 January 1967. He spent 2,235 days in captivity in Hanoi at the notorious Hanoi Hilton. In the crash, his injuries included a compressed vertebrae, broken jaw and cheek bone and was blinded in one eye. He was returned home during Operation Homecoming on 4 March 1973. He was briefly hospitalized to recover from injuries at Wright Patterson Air Force Base near Dayton, Ohio.[8]

After returning from captivity, he attended Air War College at Maxwell Patterson Air Force Base in Montgomery, Alabama from July 1973 to June 1974. His blind right eye disqualified him from flying.

The President of the United States of America, authorized by Act of Congress, July 8, 1918 (amended by act of July 25, 1963), takes pleasure in presenting the Silver Star to Lieutenant Colonel William Joseph Baugh, United States Air Force, for gallantry and intrepidity in action in connection with military operations against an opposing armed force during the period 5 October 1967 through 29 May 1969, while a Prisoner of War in North Vietnam. Ignoring international agreements on treatment of prisoners of war, the enemy resorted to mental and physical cruelties to obtain information, confessions, and propaganda materials. Lieutenant Colonel Baugh resisted their demands by calling upon his deepest inner strengths in a manner which reflected his devotion to duty and great credit upon himself and the United States Air Force.

Awarded for actions during the Vietnam War The President of the United States of America, authorized by Act of Congress, July 2, 1926, takes pleasure in presenting the Distinguished Flying Cross to Captain William Joseph Baugh (AFSN: 0-670121), United States Air Force, for extraordinary achievement while participating in aerial flight as an F-4C Aircraft Commander near Kep Airfield, North Vietnam on 20 January 1967. On that date, Captain Baugh was flying defensive cover for several attacking aircraft. Undaunted by extremely intense anti-aircraft fire, Captain Baugh maintained on target until receiving a direct hit on his aircraft. Through outstanding perseverance, he then maneuvered the stricken aircraft to his home base and landed under marginal weather conditions on one engine. The professional competence, aerial skill, and devotion to duty displayed by Captain Baugh reflect great credit upon himself and the United States Air Force.

He retired on 15 May 1981. When he retired, he had acquired over 2500 hours of fighter pilot flying time. He served the greater NAM-POW community by becoming editor of their quarterly newsletter. He also frequently lectured as a guest at the Air Force Space Command Non-Commissioned Officer (NCO) Academy and Airman Leadership Schools. [9]

In 1983 he returned to government service as the Chief of the Public Affairs Office for the 2nd Space Wing at Falcon Air Force Base (now called Schriever Air Force Base) near Colorado Springs, El Paso, Colorado until again retiring in 1991.[10]

Colonel Baugh died on 19 February 2010 in Colorado Springs, El Paso, Colorado, United States at the age of 75. He had been experiencing declining health for many years. He developed kidney cancer and it spread quickly. His desire was to have no funeral service. He was cremated and his ashes given to family. [11]Some say he was interred at Arlington; however his name is not included there. His obituary in the Colorado Springs Gazette stated that he would be buried in his hometown of Piqua, Ohio. [12]

Darlene Scott Kerr created Baugh-394 profile on 30 September 2015, added bio and sources. Part of personal Vietnam POW project. Not a family member of mine. If a family member wishes to take this over and has more information, please let me know.

ask our community of genealogists a question.
Sponsored Search by Ancestry.com
DNA
No known carriers of Bill's ancestors' DNA have taken a DNA test. 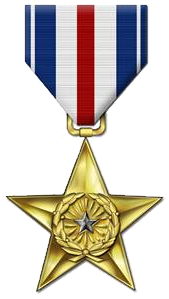 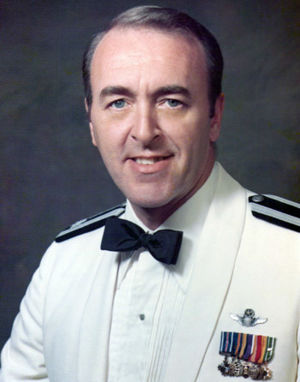 Darlene (Scott) Kerr
Please do not change the placement of the reference and footnote notations. 1/2 of the census data and other is lost if you do. No rule that I know of that says you have to have no space between "Sources" and References or can't have footnotes.
posted Mar 30, 2018 by Darlene (Scott) Kerr

Bill is 20 degrees from Cecil B. DeMille, 26 degrees from Rosalie Neve and 19 degrees from Henry VIII of England on our single family tree. Login to find your connection.