American author famous for his children's books, particularly The Wonderful Wizard of Oz and its sequels.

Lyman Frank Baum is born May 15, 1856 in Chittenango, Madison, New York, United States.[1] He is a son of Benjamin Ward Baum and Cynthia Ann Stanton.[2][3][4][5] Baum is born into a devout Methodist family of German (paternal line) and Scots-Irish (maternal line) origin, the seventh of nine children born to Cynthia Stanton and Benjamin Ward Baum, only five of whom survived into adulthood.

Baum grows up on his parents' expansive estate called Rose Lawn in Mattydale, New York, which he fondly recalls as a sort of paradise. He is a sickly, dreamy child, tutored at home with his siblings. From the age of 12, he spends two years at Peekskill Military Academy but, after being severely disciplined for daydreaming, he returns home.

Baum starts writing early in life. His younger brother Henry (Harry) Clay Baum helps Frank in the production of The Rose Lawn Home Journal. The brothers publish several issues of the journal. By the age of 17, Baum establishes a second amateur journal called The Stamp Collector.

At 20, Baum takes on the national craze of breeding fancy poultry. He specializes in raising the Hamburg chicken. In March 1880, he establishes a monthly trade journal, The Poultry Record, and in 1886, when Baum was 30 years old, his first book is published: The Book of the Hamburgs: A Brief Treatise upon the Mating, Rearing, and Management of the Different Varieties of Hamburgs.

Baum embarks on his lifetime infatuation with the theater. A local theatrical company dupes him into replenishing their stock of costumes on the promise of leading roles coming his way. Disillusioned, Baum leaves the theater and goes to work as a clerk in his brother-in-law's dry goods company in Syracuse.

Baum later returns to the stage. He performs in plays under the stage names of Louis F. Baum and George Brooks. In 1880, his father builds him a theater in Richburg, New York, and Baum sets about writing plays and gathering a company to act in them. The Maid of Arran proves a modest success. Baum writes the play and composes songs for it and acts in the leading role.

While Baum is touring with The Maid of Arran, the theater in Richburg catches fire during a production of Baum's ironically titled parlor drama Matches, destroying the theater as well as the only known copies of many of Baum's scripts, including Matches.

In July 1888, Baum and his wife move to Aberdeen, Dakota Territory where he opens a store called "Baum's Bazaar". His habit of giving out wares on credit leads to the eventual bankruptcy of the store, so Baum turns to editing the local newspaper The Aberdeen Saturday Pioneer where he writes the column Our Landlady.

Baum's newspaper fails in 1891, and he, Maud, and their four sons move to the Humboldt Park section of Chicago, where Baum takes a job reporting for the Evening Post. Beginning in 1897, he founds and edits a magazine called The Show Window, later known as the Merchants Record and Show Window, which focuses on store window displays, retail strategies and visual merchandising. In 1900, Baum publishes a book about window displays in which stresses the importance of mannequins in drawing customers. He also works as a traveling salesman.

In 1897, he writes and publishes Mother Goose in Prose, a collection of Mother Goose rhymes written as prose stories. Mother Goose is a moderate success and allows Baum to quit his sales job. In 1899, Baum partners with illustrator W. W. Denslow to publish Father Goose, His Book, a collection of nonsense poetry. The book is a success, becoming the best-selling children's book of the year.

In 1900, Baum and Denslow publish The Wonderful Wizard of Oz to much critical acclaim and financial success. The book is the best-selling children's book for two years after its initial publication. Baum goes on to write thirteen more novels based on the places and people of the Land of Oz.

Two years after Wizard's publication, Baum and Denslow team up with composer Paul Tietjens and director Julian Mitchell to produce a musical stage version of the book under Fred R. Hamlin. Baum and Tietjens work on a musical of The Wonderful Wizard of Oz in 1901 and based closely upon the book, but it is rejected. This stage version opens in Chicago in 1902, then runs on Broadway for 293 stage nights from January to October 1903. It returns to Broadway in 1904. It successfully tours the United States with much of the same cast until 1911.

Baum writes a new Oz book, The Marvelous Land of Oz, with the idea of making it into a stage production, which is titled The Woggle-Bug, but it proves to be a major flop before it reaches Broadway. He also works for years on a musical version of Ozma of Oz, which eventually becomes The Tik-Tok Man Of Oz. This did fairly well in Los Angeles. He begins a stage version of The Patchwork Girl of Oz, but this is ultimately realized as a film.

Baum and Denslow hope for further success and publish Dot and Tot of Merryland in 1901. The book is one of Baum's weakest. Baum works primarily with John R. Neill on his fantasy work beginning in 1904, but Baum met Neill few times and often found Neill's art not humorous enough for his liking.

Several times during the development of the Oz series, Baum declares that he had written his last Oz book and devotes himself to other works of fantasy fiction based in other magical lands, including The Life and Adventures of Santa Claus and Queen Zixi of Ix. However, he returns to the series each time, persuaded by popular demand, letters from children, and the failure of his new books. Even so, his other works remained very popular after his death, with The Master Key appearing on St. Nicholas Magazine's survey of readers' favorite books well into the 1920s.

In 1905, Baum declares plans for an Oz amusement park, but abandons his Oz park project after the failure of The Woggle-Bug, which is playing in 1905.

In 1914, Baum starts his own film production company The Oz Film Manufacturing Company, which comes as an outgrowth of the Uplifters. He serves as its president and principal producer and screenwriter. After little success probing the unrealized children's film market, Baum acknowledges his authorship of The Last Egyptian and makes a film of it, but the Oz name has become box office poison for the time being. 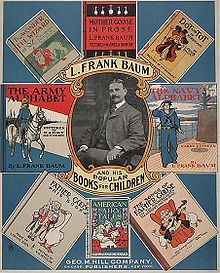 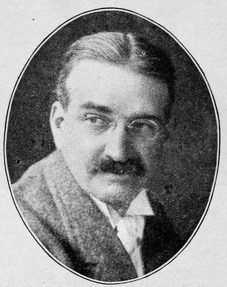