Thelma was the daughter of John and Hilda Beaton. Although Thelma was born in the US her mother was not a citizen. Hilda needed to return to Canada and reenter in order to legalize her status.

By the time Hilda was able to come back, Thelma was about two years old and had been living with Nana Beaton, John's mother, so rather than confuse her she stayed with Nana Beaton. John and Hilda married and had three or four more children. Even though Thelma was raised by Nana Beaton, she always knew her parents. Nana lived with Thelma's family until she died.

Grace Howes had Thelma Beaton in her address book at 140 Sycamore Road in Cochituate, Massachusetts, and at 26 Mondamin St., Somerville, Mass. According to Barbara Waldroup, Themla lived in Ashland, MA at the time that she had Nana Beaton living out her final days with her, and was named Thelma Midgette / sp.(?) Midgett or Midget .. unclear. (This is also supported by the obituary of her brother John).

His obituary also mentions a brother Edward of Somerville, MA and a sister Margaret Buchanan of Dover, DE, both of which are not yet on WikiTree.

Is Thelma your relative? Please don't go away!

ask our community of genealogists a question.
Sponsored Search by Ancestry.com
DNA Connections
It may be possible to confirm family relationships with Thelma by comparing test results with other carriers of her ancestors' mitochondrial DNA. However, there are no known mtDNA test-takers in her direct maternal line. It is likely that these autosomal DNA test-takers will share some percentage of DNA with Thelma: 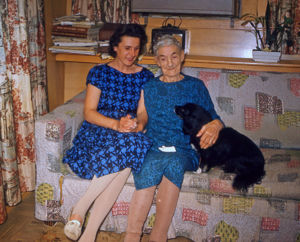 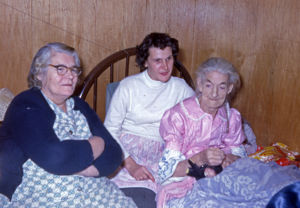