Johann Nicolaus Becker, son of Johann Peter and Anna Petronella, was born January 19 and baptized at Framersheim, January 23, 1701. He married Anna Maria Schworm in 1723 and they had six children born at Framersheim, but Anna Maria died in May, 1738. Johann Nicolaus married Maria Apollonia Bayer in November, 1738. They had seven children before leaving Framersheim for America, 1752-1753. Johann Nicolaus's oldest son by Anna Maria, Philip Peter, left for America in the summer of 1749 and by 1751 was well established with a land grant in the Shenandoah Valley of Virginia and had probably gotten word of that back to his father. The exact date for the arrival of Johann Nicolaus and his family in America is not known, but they probably left in the summer of 1752 and would have arrived in Philadelphia about September of that year. Johann NIcolaus and Maria Apollonia had a son born and baptized at Framersheim in September 1751, Johann Nicolaus's mother died in February, 1752 and it would be reasonable to assume that after that there was nothing to keep them from joining his son, Philip Peter, in Virginia.

Johann Nicolaus was in Virginia by the spring of 1754, when he received a patent for 400 acres, adjoining the land of his son, Philip Peter, near Little North Mountain, in what is now Shenandoah County, but at that time was still part of Frederick County, Virginia. Johann Nicolaus Becker (John Nicholas Baker) wrote an elaborate will in German in October 1762. He mentioned his two wives "who have already entered Eternity" and provided for all his children. He mentioned that his older sons had already received an inheritance from their mother in Germany and had received land here. His plantation of 400 acres was to be divided among his three sons by his second wife. The daughters were to be allowed to live on the home farm until they married and were allotted certain fields and gardens for their support. His daughters "Anmargaret" and "Katrinlisbet" were to be given a choice of a cow each. His youngest daughter, "Katherina," was to get a small chest and a calf. He appointed his cousins, Christopher, Valentine and Augustine Wendel as his executors. The will was probated in Frederick County Court, March 3, 1763. Birth, marriage and death dates from John Nicholas's Family Bible are cited in Robert H. Baker's Genealogy of the Baker Family, (1955), but no one seems to know what has happened to the Bible.

ask our community of genealogists a question.
Sponsored Search by Ancestry.com
DNA Connections
It may be possible to confirm family relationships with Nicholas by comparing test results with other carriers of his Y-chromosome or his mother's mitochondrial DNA. Y-chromosome DNA test-takers in his direct paternal line on WikiTree: It is likely that these autosomal DNA test-takers will share DNA with Nicholas: 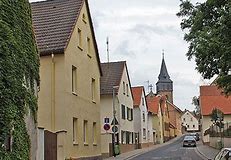 Leave a message for others who see this profile.
There are no comments yet.
Login to post a comment.
Manuela Thiele
Baker-24539 and Becker-4643 appear to represent the same person because: Potential duplicate
posted Jan 02, 2020 by Manuela Thiele

posted on Baker-24539 (merged) Aug 29, 2019 by Doug Lockwood
Bob Nielsen
Becker-3016 and Baker-12905 appear to represent the same person because: I intended on completing the merge between your entry for Johann Nicholas and my entry, but mistakenly removed the merge instead.

Nicholas is 21 degrees from Danielle Liard, 15 degrees from Jack London and 13 degrees from Henry VIII of England on our single family tree. Login to find your connection.