Johann and two of his brothers immigrated to the USA in different years 1845-1855. When he arrived in the USA Johann changed his name (Americanized) to Joseph Peter Baker.

Joseph P. Baker was married twice in the USA. He married Wilhelmine Fuchs in 1850, she died in 1855. She appears as "Minna Fox" in her marriage record with Joseph in 1850.

The following information is from his "Life Sketch" Section on the Family Search Website: 1850, Mary Rodmon was living at home with her parents and siblings in Palmer, Hampden, Massachusetts. Mary was 19 years old. Mary married Joseph Peter Baker June 12, 1856 in Cumberland, Maryland. Joseph Baker was widowed (1855) with a small daughter when he and Mary Redmond married. Joseph's daughter was only a little over a year old at the time. Her birth name was Julianna Becker, but was this was changed to Mary Baker by the 1860 census.

Children Margaret, Frank and Michael Baker were deaf. In early years, children who suffered from simple deafness were referred to being "deaf & dumb". There is family lore passed down that says the children were stricken with Scarlet Fever and deafness was the result. However, there is a 1880 Minnesota State Census for the Deaf-Mutes that shows Frank, Margaret, and Michael Baker to be on that census and that they were born deaf.

Joseph Peter Baker's gravestone recognes his service in the Union 'Grand Army of the Republic' during the Civil War.

ask our community of genealogists a question.
Sponsored Search by Ancestry.com
DNA Connections
It may be possible to confirm family relationships with Joseph by comparing test results with other carriers of his Y-chromosome or his mother's mitochondrial DNA. However, there are no known yDNA or mtDNA test-takers in his direct paternal or maternal line. It is likely that these autosomal DNA test-takers will share DNA with Joseph: 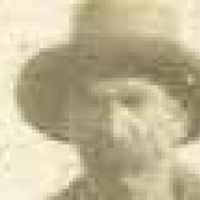 The Becker Family In Germany. End Of An Era

Joseph is 39 degrees from Danielle Liard, 33 degrees from Jack London and 35 degrees from Henry VIII of England on our single family tree. Login to find your connection.