Harriet Beecher Stowe is best remembered for her most popular novel, Uncle Tom's Cabin, which educated the world about the truth about human slavery.[1]

Harriet Elisabeth Beecher was born June 14, 1811 in Litchfield, CT to the Rev. Lyman Beecher and Roxanna Foote Beecher, the sixth of 11 children. The Beechers expected their children to shape their world, and that they did. Their seven sons became ministers, a very effective way to influence society at the time. The Beecher's eldest daughter Catharine worked for women's education. Their youngest daughter Isabella was a founder of the National Women's Suffrage Association. Roxanna Beecher died when Harriet was only five years old. Her later pursuit of painting and drawing honored her mother's talents in those areas. Her sister Catharine became an important maternal influence.

In Litchfield and on frequent visits to her grandmother in Guilford, Connecticut, Harriet and her siblings played, read, hiked, and joined their father in games and exercises. Many of these childhood events were incorporated into Pogunuc People, (1878) Harriet's final novel.

Harriet wrote at an early age: at seven, she won a school essay contest earning praise from her father. She felt her purpose in life was to write. She learned to make a persuasive argument at the family table. The Beechers took in boarders from Tapping Reeve's law school. Lyman Beecher taught religion at Sarah Pierce's Litchfield Female Academy and honed the debating talents of both his students and his children. Harriet began her formal education at her father's school.

Harriet was first attended Hartford Female Seminary as a student, in 1823, and then as a teacher. The school was founded by her sister Catharine. There, Harriet furthered her writing talents, spending many hours composing essays.

In 1832 Harriet moved with her family to Cincinnati, Ohio, where the Rev. Dr. Beecher became President of Lane Theological Seminary.

While living in Cincinnati, Harriet met Calvin E. Stowe, a professor at Lane. They were married March 16th, 1836 in Connecticut.[2] Six of the Stowes' seven children were born in Cincinnati.[3][4]

In Cincinnati, Harriet became a member of the Semi-Colon Club, a local literary society in which members wrote articles which were read and discussed by other members. Her time in this club sharpened her writing style. Harriet began to publish stories and magazine articles to supplement the family income. She co-authored a book, "Primary Geography for Children". Following the publication of the book, Harriet received a special commendation from the bishop of Cincinnati due to the book's positive reflection of Catholicism. Harriet's religious tolerance was unusual for Protestants at the time, but seemed in character with her acceptance of humanity.

Living in Cincinnati had introduced Harriet to the horror of slavery in the United States. When Harriet and Calvin learned that their servant, Zillah, was actually a runaway slave, Calvin and Henry Ward drove her to the next station on the Underground Railroad. One night, Harriet's friend, Mr. Rankin, saw a young woman run across the river over the ice with a baby in her arms. This story moved Harriet deeply and would later become one of the most famous scenes in Uncle Tom's Cabin. The novel was one of the greatest abolitionist tracts of its day and was almost certainly a contributing cause to the American Civil War(1861-65).

"Uncle Tom's Cabin", which appeared first in serial form in an abolitionist newspaper, The National Era, in 1851-52, was written largely in Brunswick, Maine. In 1852 the story was published in book form in two volumes. It was a best seller in the United States, England, Europe, Asia, and translated into over 60 languages. Harriet wrote "Dred" in 1856, "Oldtown Folks" in 1869 and "Palmetto Leaves" in 1873, making Harriet one of the five seminal figures of her generation along with Emerson, Melville, Thoreau and Hawthorne.

In 1852 the Stowes moved to Andover, Massachusetts, where Calvin joined the Andover Theological Seminary.[6] In 1864 Calvin retired from Andover, and they moved to Hartford, Connecticut, where Harriet built her dream house, Oakholm.[3] The high maintenance cost and the encroachment of factories caused her to sell it in 1870.

In 1873, Harriet moved to her last home, the brick Victorian Gothic cottage-style house on Forest Street in Hartford. In 1874, Samuel Clemens, who was the age of her twins, moved into the house next door. From 1867 to 1884, she and Calvin relocated in the winter from Connecticut to Mandarin, Florida (now a suburb of Jacksonville) to escape the pressures of her writing and to tend to personal issues.[4] In Florida, Harriet immersed herself in programs to educate former slaves and black children. She also supervised the organization of an Episcopal church and became an early advocate of environmental protection. In 1886, Calvin died.

Harriet died July 1, 1896 in Connecticut.[7] She was buried in the Phillips Academy Cemetery, Andover, Essex, Massachusetts.[8]

Is Harriet your ancestor? Please don't go away!

ask our community of genealogists a question.
Sponsored Search by Ancestry.com
DNA
No known carriers of Harriet's DNA have taken a DNA test. 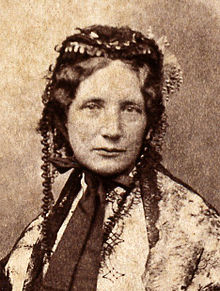 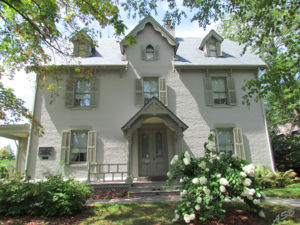 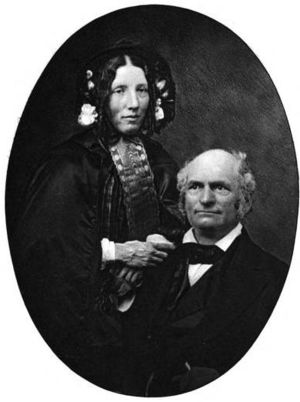 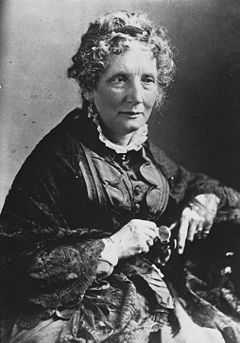 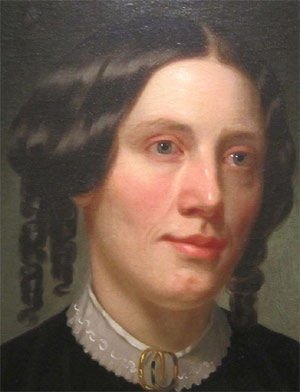 Leave a message for others who see this profile.
There are no comments yet.
Login to post a comment.
Ellen Leiby
Let me join the party! Harriet Beecher Stowe is my fifth cousin three times removed. Of course, I feel that I am related to anyone with an ancestor who lived in Middletown, Connecticut between 1650-1700.
posted Jun 26, 2019 by Ellen Leiby

Paul Kessler
Thanks for story, I feel an attached to Harriet and her cause even today. As Van Thorpe or Van Zandt is my gggguncle.
posted Mar 20, 2019 by Paul Kessler

Rick Pierpont
Marnie, I think all of Lyman's children (from both wives) are now here. Thanks.
posted Jul 21, 2017 by Rick Pierpont

Harriet is 17 degrees from Donald Howard, 12 degrees from Julia Howe and 13 degrees from Henry VIII of England on our single family tree. Login to find your connection.