Alexander Graham Bell is a member of Clan Bell.

Alexander Graham Bell was an eminent scientist, inventor, engineer and innovator who is credited with inventing the first practical telephone.

Bell's father, grandfather, and brother had all been associated with work on elocution and speech, and both his mother and wife were deaf, profoundly influencing Bell's life's work. His research on hearing and speech further led him to experiment with hearing devices which eventually culminated in Bell being awarded the first US patent for the telephone in 1876. In retrospect, Bell considered his most famous invention an intrusion on his real work as a scientist and refused to have a telephone in his study.

Many other inventions marked Bell's later life, including groundbreaking work in optical telecommunications, hydrofoils and aeronautics. In 1888, Bell became one of the founding members of the National Geographic Society. He has been described as one of the most influential figures in human history.

On July 11, 1877, he married Mabel Hubbard, the daughter of Gardiner and Gertrude Hubbard in Cambridge, Massachusetts[1] [2] 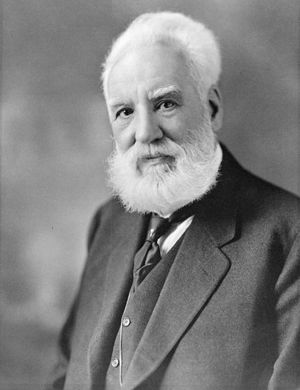 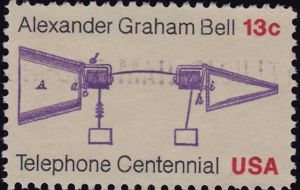 The Bells at Beinn Bhreagh 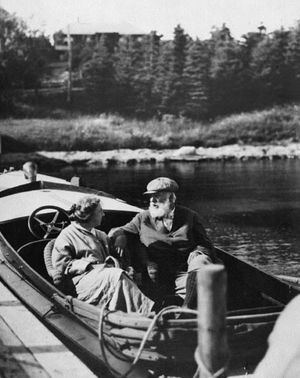 Renee Malloy Esq
Bell came to my family at 10 Court Street in Boston and asked for help using electricity, which he knew nothing about. I would love to help flesh out his profile. Thank you, Renee Malloy, JD
posted Feb 08, 2015 by Renee Malloy Esq

Alexander Graham is 19 degrees from Donald Howard, 10 degrees from Julia Howe and 16 degrees from Henry VIII of England on our single family tree. Login to find your connection.