Gertrude Margaret Lowthian Bell, CBE was an English writer, traveller, political officer, administrator, archaeologist and spy who explored, mapped, and became highly influential to British imperial policy-making due to her knowledge and contacts, built up through extensive travels in Greater Syria, Mesopotamia, Asia Minor, and Arabia. Along with T. E. Lawrence, Bell helped establish the Hashemite dynasties in what is today Jordan as well as in Iraq.[1]

She played a major role in establishing and helping administer the modern state of Iraq, utilizing her unique perspective from her travels and relations with tribal leaders throughout the Middle East. During her lifetime she was highly esteemed and trusted by British officials and given an immense amount of power for a woman at the time. She has been described as "one of the few representatives of His Majesty's Government remembered by the Arabs with anything resembling affection".[2]

On 12 July 1926, Bell was discovered dead, of an apparent overdose of sleeping pills. There is much debate on her death, but it is unknown whether the overdose was an intentional suicide or accidental since she had asked her maid to wake her. She was buried at the British cemetery in Baghdad's Bab al-Sharji district. Her funeral was a major event, attended by large numbers of people including her colleagues, British officials and the King of Iraq. It was said King Faisal watched the procession from his private balcony as they carried her coffin to the cemetery.[4]

An obituary written by her peer D. G. Hogarth expressed the respect British officials held for her. Hogarth honoured her by saying;[5]

"No woman in recent time has combined her qualities – her taste for arduous and dangerous adventure with her scientific interest and knowledge, her competence in archaeology and art, her distinguished literary gift, her sympathy for all sorts and condition of men, her political insight and appreciation of human values, her masculine vigour, hard common sense and practical efficiency – all tempered by feminine charm and a most romantic spirit."

Is Gertrude your ancestor? Please don't go away!

ask our community of genealogists a question.
Sponsored Search by Ancestry.com
DNA
No known carriers of Gertrude's ancestors' DNA have taken a DNA test. 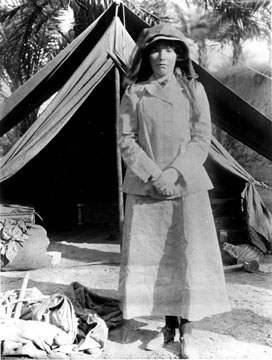 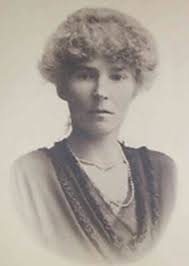 Gertrude is 22 degrees from Jaki Erdoes, 11 degrees from Wallis Windsor and 15 degrees from Henry VIII of England on our single family tree. Login to find your connection.