Joseph was a Colonel, a patentee of what is now Chevy Chase, MARYLAND, a Keeper of the Great Seal, owned 1000 acres, and was distinguished in many other ways as may be found in `The Compendium of American Genealogy`, Vol. 5. 28th Regiment US infantry war with Great Britain

In his will, Joseph leaves these named slaves: To his wife, males Sango, Batchelor, Wall, Bob, and Nero; and females Sarah with her children Jenny and Flora, another Jenny, Bess, Nan with her son Charles, plus a boy named Juba. He leaves his son Humphrey adult slaves named Rochester and Tom and boy slaves named Batchleor and Sango. To his grandson Joseph Sprigg, for the use of Sprigg's mother Rachel, he leaves slaves James (adult man), Toby (boy), Babb (adult woman), and Babb (girl), said slaves to go to grandsons Osborn and Thomas sprig after Rachel's death. To his son Tobias Belt, Joseph leaves slaves named Hercules and Toby, both adults. To his grandson Richard Belt son of Jeremiah, he leaves a slave girl named Jenny. To his grandson Thomas Belt son of Joseph, he leaves a girl named Pegg and a man named Shrewsbury. To William Belt (grandson?) he leaves a girl named Jenny and a boy named Sam. The will states that his remaining slaves are to be divided among several of his children.

Images: 2
Will of Mary's father 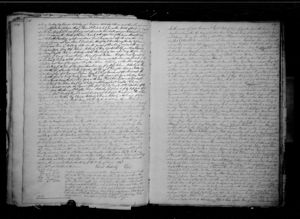 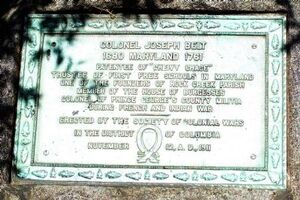 Steven Beall
Is his mother Elizabeth Tydings-88, who is listed as the wife of his father John Belt-104?
posted Jul 21, 2017 by Steven Beall
Sharon Casteel
Belt-323 and Belt-5 appear to represent the same person because: Same parents; same birth/death years.
posted Jul 13, 2014 by Sharon Casteel