Isabella Bennet, Countess of Arlington was born circa 1668. She was the daughter of Henry Bennet, 1st Earl of Arlington and Isabella de Nassau.1,5 She married, firstly, Henry Fitzroy, 1st Duke of Grafton, son of Charles II Stuart, King of Great Britain and Barbara Villiers, Duchess of Cleveland, on 1 August 1672. She married, secondly, Sir Thomas Hanmer, 4th Bt., son of William Hanmer and Peregrine North, on 14 October 1698.1 Isabella and Henry were also married in a religious ceremony on 6 November 1679. She died on 7 February 1722/23.

Sponsored Search by Ancestry.com
DNA
No known carriers of Isabella's DNA have taken a DNA test. 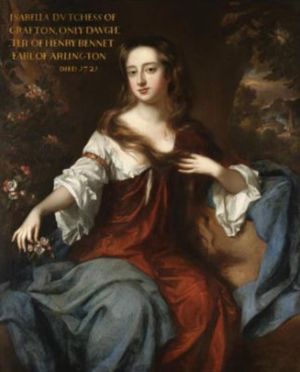 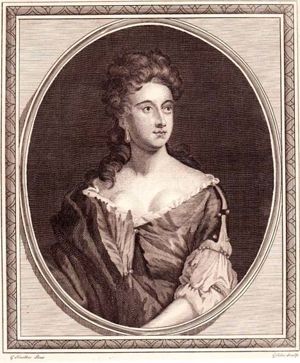 Eric Daly
Bennet-1 and Bennet-631 appear to represent the same person because: could you please merge, thank you
posted Mar 14, 2015 by Eric Daly