William Henry Bennett is on Wikitree Roll of Honor

June 18, 1910 William enrolled in the British Army. His regiment was Wessex 4th Brg. RFA, regimental number, 1575. William was promoted to Bombardier on August 29, 1914. According to William's army papers he was never sent abroad.[2]

William married Lilian Dyer in the spring of 1912 at Newton Abbot, Devon.[3] The couple went on to have 5 children together, two of whom died in infancy.

William was discharged from the army on June 13, 1916, classed as physically unfit for service, due to a lung disease caused by inhalation of gases whilst serving in the Army.[4] 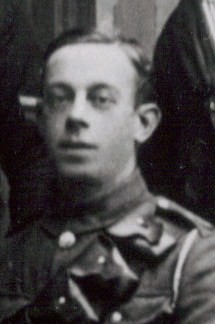 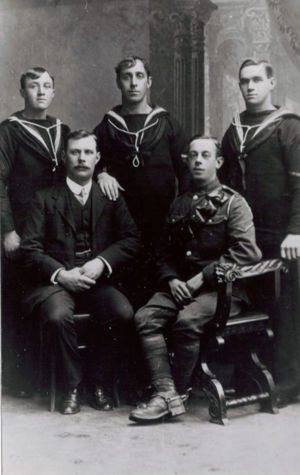 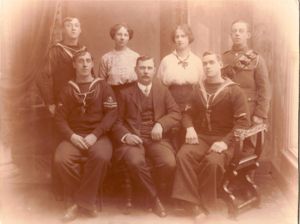 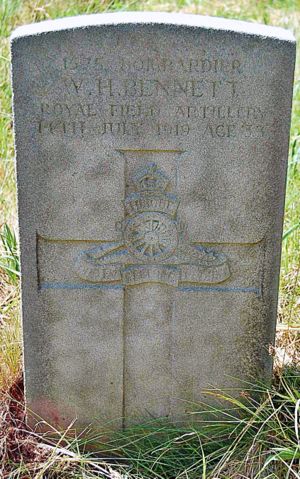