His grandfather, Nathan Murray Bennett, had established a shipyard at Hopewell Cape, New Brunswick. Henry, his father, became a partner in the firm in 1868, but by the time R.B. was born in 1870, the firm faced increasing competition from steamship manufacturers. Over the course of R.B.’s childhood, the family slipped into genteel poverty. He once told a friend, “I’ll always remember the pit from which I was [dug] and the long uphill road I had to travel.” Only a small inheritance enabled the Bennetts to send their eldest child to Normal School in Fredericton. After R.B. graduated, he taught in Douglastown and in his spare time worked in a law office. By 1890 he had saved enough money to attend law school at Dalhousie University in Halifax, Nova Scotia.

After graduating in 1893 with top honours, he eventually headed west to Calgary, Alberta, where he had been invited to join the law office of Senator J.A. Lougheed. In the early 1900s he began to amass what would become a significant fortune. He not only ran a successful legal practice, but also invested in real estate and oil.

R.B.’s political career began in 1898 when he was elected as the member for West Calgary in the Legislative Assembly of the North-West Territories. In 1909 he held a seat in the Legislative Assembly of the new province of Alberta. Two years later he entered federal politics and became the Conservative Member of Parliament for Calgary. On the Census of 1911 he is listed as a lawyer in Calgary, a Methodist, and a lodger in the Smith household.[5]

As World War I began, he tried to enlist but was rejected on medical grounds. He had to make do with his appointment as director general of the National Service Board. He didn’t run in the election of 1917 and was bitterly disappointed when Prime Minister Robert Borden didn’t appoint him to the Senate as he believed had been promised.

The next few years saw R.B. heavily involved in his business affairs. In 1925 the new prime minister, Arthur Meighen, offered R.B. the justice portfolio if he ran in the upcoming election. He won Calgary West; however, Meighen’s government was short-lived and R.B. found himself on the Opposition benches. During his time in Opposition, he supported the introduction of old-age pensions and unemployment insurance. In 1927 he was elected leader of the Conservative Party. In his acceptance speech, he admitted that he was a wealthy man, but emphasized that he had made his money from hard work.

The Conservatives won the election of 1930 by promising measures that would lessen the effects of the Great Depression on Canadians. It was a promise that R.B. found difficult to keep once in office. Although his initiative to adopt preferential tariffs helped somewhat, as the Depression dragged on, he was seen as an ineffectual leader. In 1935 he announced a Roosevelt-inspired New Deal, but it was too late and Mackenzie King’s Liberals swept the Conservatives out of office in the election that fall. R.B. remained as Opposition leader until 1938 when he left Canada to live the rest of his life in Surrey, England.

In 1941, R.B. became the first and only former Canadian Prime Minister to be elevated to the peerage as Viscount Bennett, of Mickleham in the County of Surrey and of Calgary and Hopewell in the Dominion of Canada. It was given in recognition of his unsalaried work during World War II in the Ministry of Aircraft Production, which was managed by his lifelong friend Lord Beaverbrook. Bennett took an active role in the House of Lords, attending until his death in 1947.

Sponsored Search by Ancestry.com
DNA Connections
It may be possible to confirm family relationships with R. B. by comparing test results with other carriers of his ancestors' Y-chromosome or mitochondrial DNA. However, there are no known yDNA or mtDNA test-takers in his direct paternal or maternal line. It is likely that these autosomal DNA test-takers will share some percentage of DNA with R. B.: 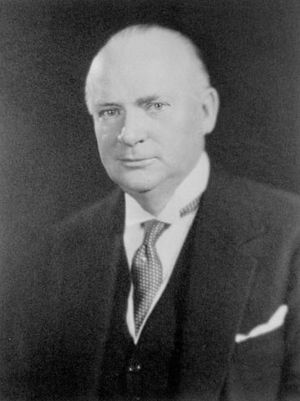 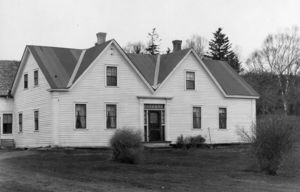 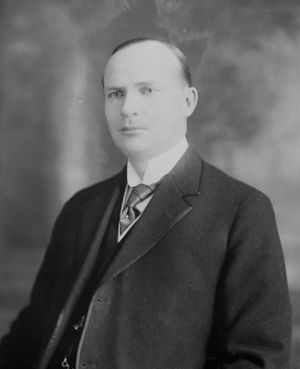 R.B. and his sister, probably Mildred 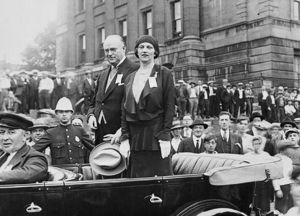 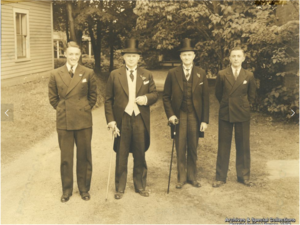