See photos. (#30) Arcangela sailed on the Canopic leaving Naples Jan 19 1917 and arriving in Boston Feb 13 1917. She is listed as 21 years old, from Casalvecchio, with her father, Michele, there and going to Milford MA to stay with her cousin Maria FRATTA who lived in Milford on 19 Spring St.

Also on board is 19 year old Giuseppina BULSO (#17) from Casalvecchio who listed no one as a nearest relative at home but also lists her cousin Maria FRATTA who lived in Milford on 19 Spring St. as her destination.

(#26 - #28) are 37 year old Maria D'AlOIA and her children (Matteo & Gino BRUNETTI) going to Milford to be with her husband Antonio BRUNETTI.

(#24) is 22 year old Maria ORSOGNA with her father Matteo left behind in Casalvecchio, going to Baltimore, Maryland to stay with her cousin Carmela TOSCHES who lived there at 3806 Cleveland St. (I had beeen unaware of the Casalvecchio-Baltimore connection until I was contacted at https://www.italiangenealogy.com/forum by a descendant of a Casalvecchio CELOZZI branch. I will try to keep Baltimore on the radar more!)

See photo. Arcangela and Michele were married at Sacred Heart[2] at the corner of Beach & Main. This has been part of our lives from that time period up until now (our Aunt Toni's Andreola-7 funeral service was there in 2017).

All 4 known children are in the home.

See photo. It appears that their youngest daughter, Josephine, did not survive.

Michele Palma and Michele Andreola-6 (my Grandfather) are listed side by side and are both working at a loom factory. Michele Palma has naturalized but Arcangela is still listed as an alien.

I haven't located any information that I'm confident in. If Arcangela did not become a citizen, she may not have been registered in Social Security. She is still alive and listed on Michele's 1942 WWII Draft.

The only 'hit' I get is the Death Certificate listed below-the birth date is slightly off and I'm unsure of the location...? I've left the data lines above empty until I have more clarification.

Is Arcangela your ancestor? Please don't go away!

ask our community of genealogists a question.
Sponsored Search by Ancestry.com
DNA Connections
It may be possible to confirm family relationships with Arcangela by comparing test results with other carriers of her mitochondrial DNA. However, there are no known mtDNA test-takers in her direct maternal line. It is likely that these autosomal DNA test-takers will share some percentage of DNA with Arcangela: 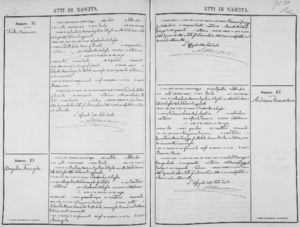 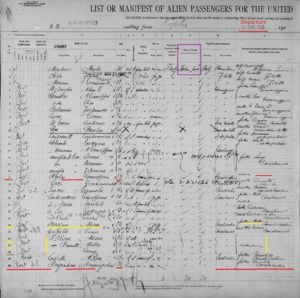 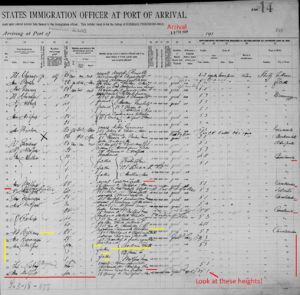 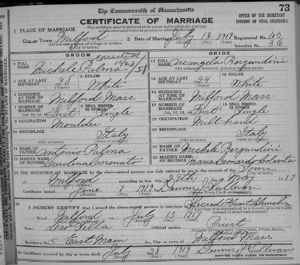 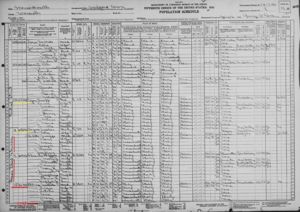