Carl was born on the Bergstrom farm, that was first settled by his parents, APC and Emma in Bradford township, six miles from the town of Cambridge, Minnesota in Isanti County. He lived there, farmed, raised a family and remained on this farm for his entire life.

Notes written by Lillian Bergstrom in 1990, directed to her grandson Kenji Kushida for a middle school project on family history.

Now I should like to tell you a few things about your grandfather, Carl Bergstrom. He grew up in a pioneer farm home with four sisters. He was the youngest child. His sisters said that Carl was the mother’s favorite because at last she had a boy child. The Bergstrom family was really poor for many years. Each member worked extremely hard. Carl’s mother worked outside and in the house. In the later years his father was not well. As young people the girls and Carl hoed garden and field crops. They bought meadowland and raised peat land crops. The two younger girls Esther and Anna went to high school, then normal training, and became rural school teachers. Agnes (the oldest) and Carl stayed at home and formed a farming partnership. They bought more land. They raised field peas and hauled them in an old truck to South St. Paul. Agnes ran a profitable chicken business. She sold eggs and poultry. They hired a man to help with the work, Clarence lived on the farm. With the help of the two sisters who were teaching, a windmill and water system was installed. A second story was added to the one story house. Carl was always enterprising. He was one of the first farmers in the area to buy a Fordson tractor on steel wheels. He was first in the area to buy a John Deere combine for harvesting grain. He put up two silos and went quite heavily into dairying. He continued to buy more land after our marriage. Gradually the poverty was erased. One of the lasting benefits to the farm is all of the lovely plots of Norway Pines which he planted.

ask our community of genealogists a question.
Sponsored Search by Ancestry.com
DNA Connections
It may be possible to confirm family relationships with Carl by comparing test results with other carriers of his Y-chromosome or his mother's mitochondrial DNA. However, there are no known yDNA or mtDNA test-takers in his direct paternal or maternal line. It is likely that these autosomal DNA test-takers will share some percentage (beta) of DNA with Carl: 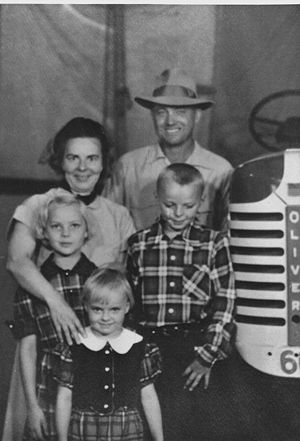 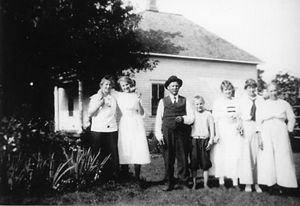 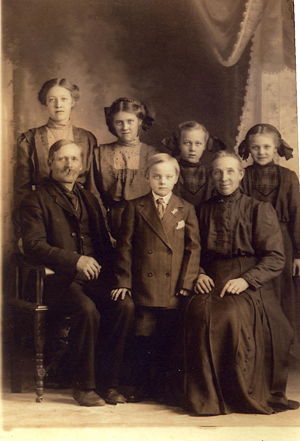 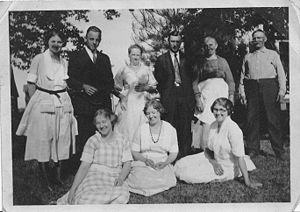 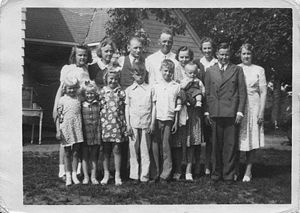