Lady Agnes Macdonald was the second wife of Sir John A. Macdonald, Canada's first prime minister. She was a talented writer, who in addition to her diaries, published travel and political sketches.[1]

Agnes, born in 1836 in Jamaica, was the daughter of Thomas Bernard, a plantation owner and member of Jamaica's Privy Council, and Theodora Hewitt. [2][3] After her father's death in 1850, the family emigrated to Canada. Her brother Hewitt became John A. Macdonald's private secretary when Macdonald was attorney general of Canada West. But it wasn't until 1867 that Agnes married Macdonald after a chance encounter in London, England, where she and her mother were living with family.[4]

ask our community of genealogists a question.
Sponsored Search by Ancestry.com
DNA
No known carriers of Agnes's DNA have taken a DNA test. 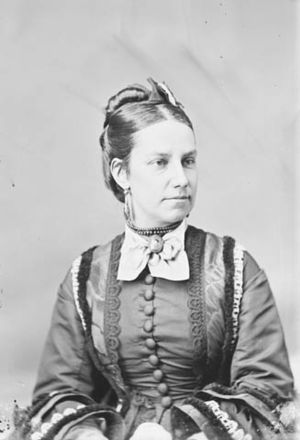