Jacques marriage record to Renee Marzeliere provides most of the information we have for him. His father was a laborer named Laurent Bernardeau and his mother was named Julianne.1 It's difficult to make out what her last name is, but it starts with an M and looks to have an r as the second letter. Although we do not know what year he was born in, we know that Jacques' father's name was Laurent Bernardeau and his mother's name was Julianne M-something... perhaps Moirier or something similar.

The marriage took place in Saint-Mars-du-Desert, a commune in the vicinity of Nantes in the Loire-Atlantique region of France, on 25 Aug 1682.1

Jacques and Renee had at least the following children:

The birth and the death of the youngest known child provides us with an estimate of when Jacques died. When Marie was buried 28 January 1703 at the age of about two years, her father had already died.2

Is Jacques your relative? Please don't go away!

ask our community of genealogists a question.
Sponsored Search by Ancestry.com
DNA
No known carriers of Jacques's DNA have taken a DNA test. 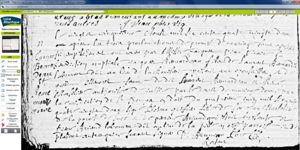