"It seems that to make a correct conjecture about any event whatever, it is necessary to calculate exactly the number of possible cases and then to determine how much more likely it is that one case will occur than another." Jacob Bernoulli "Ars Conjectandi"[1]

Jacob Bernoulli, was the first in a line of famous mathematicians. The inscription on his elaborately carved grave marker, at the Basel Cathedral sums up his life.

" Jacob Bernoulli, the incomparable mathematician. Professor at the University of Basel For more than 18 years; member of the Royal Academies of Paris and Berlin; famous for his writings. Of a chronic illness, of sound mind to the end; succumbed in the year of grace 1705, the 16th of August, at the age of 50 years and 7 months, awaiting the resurrection. Judith Stupanus, his wife for 20 years, and his two children have erected a monument to the husband and father they miss so much."[2]

Jacob Bernoulli, was the oldest son of merchant, druggist, Nicholaus Bernoulli of Basel, Switzerland, and his wife Margaretha Schönauer. Margaretha was the daughter of a banker. [3] Perhaps it was her family that generated the spark of mathematical genius that created two brilliant sons and several generations of mathematicians.

Jacob's parents set him to study philosophy and theology, but he also studied mathematics and astronomy. He received his theology degree in 1676, and moved to Geneva to work as a tutor. He spent several years in France, the Netherlands, other parts of Europe and England, studying with the leading mathematicians, astronomers and scientists of the day.[4]

In 1683, Jacob returned to Switzerland, where he taught mechanics at the University in Basel. He was offered a position in the Church, but turned it down, so he could continue with his true avocation. As he taught he continued his studies and research in mathematics and theoretical physics. He published his findings and theories in the journal Acta Eruditorum begun in Leipzig in 1682.[4]

In 1684, Jacob Bernoulli married Judith Stupanus. They had two children, a son, Nicolaus, and a daughter, Verena.[5]

Jacob was appointed Professor of Mathematics at the University in 1687. He and his younger brother Johann began studying calculus together. However, the two brothers, jealous of each other, became rivals.[4]

Jacob continued to study, research, determine, and publish important mathematical principles. He was the first to use the term integral. He studied the catenary, the curve of a suspended string, was an early user of polar coordinates and discovered the isochrone.[6]

After Jacob's death in 1705, his brother, Johann, took over his position as Professor of Mathematics at Basel University.[4]

Sponsored Search by Ancestry.com
DNA
No known carriers of Jacob's DNA have taken a DNA test. 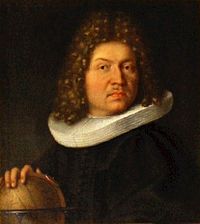 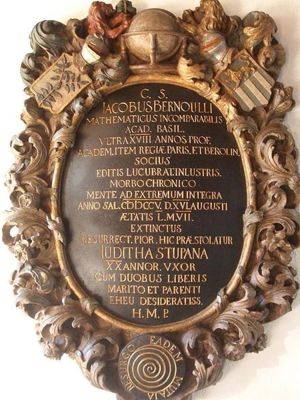 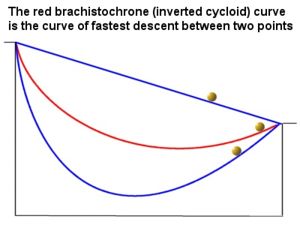 Jacob is 23 degrees from Jaki Erdoes, 18 degrees from Wallis Windsor and 22 degrees from Henry VIII of England on our single family tree. Login to find your connection.