In 1780, soon after William Bligh returned from the final voyage of Captain James Cook during which he was Master of the Resolution, he met Elizabeth (Betsy) Betham, the Glasgow-born daughter of the collector of customs and water bailiff at Douglas, Isle of Man. It seems there was instant mutual attraction and the couple were married at the parish church at Onchan on 4 February 1781. (The original church was replaced early in the 19th Century.)

Betsy was a refined, cultured and well-educated woman with family connections that would prove a great asset to Bligh’s career. She was the niece of Duncan Campbell, an influential merchant and shipowner who was the overseer of the convict hulks anchored in the Thames and who was also instrumental in the establishment of New South Wales as a penal colony. It is most likely that it was Campbell who recommended to Sir Joseph Banks that Bligh be appointed for the infamous breadfruit expedition that would eventually lead to the Mutiny. (Bounty had been one of Campbell’s own vessels, a collier named Bethia)

Other individuals known to Betsy and her family who became involved with the Bounty included Thomas Hayward, Peter Heywood, John Hallett and Fletcher Christian, with whom Bligh had sailed twice to Jamaica prior to the fateful voyage to the South Pacific.

Betsy had eight children in total, including two sets of twins – one set being her only sons, William and Henry, both of whom tragically died shortly after birth in 1795. Her daughters were Harriet, Mary, Elizabeth, twins Frances and Jane, and Anne – allegedly an epileptic and mentally incapable.

As Sven Wahlroos states in his Mutiny and Romance in the South Seas: A Companion to the Bounty Adventure:

She [Betsy] was probably Bligh’s only friend in life. He had two patrons who stood by him: Betsy’s uncle Duncan Campbell and Sir Joseph Banks, but, as far as we know, he had no friends. Bligh did not have the kind of personality required to keep a friend; he was far too preoccupied with proving his own excellence and lack of faults to engage in the giving part of a give-and-take friendship.

Betsy, however, was devoted to him and stood by him through thick and thin. When stories began to arrive from New South Wales that were uncomplimentary to Bligh, to say the least, she actively campaigned on his behalf writing letters right and left to persons with influence, especially of course to Banks.

Most of their married life they had been apart from each other. When Bligh came back from New South Wales in 1810, his active career was finished and the two of them might have looked forward to spending his retirement years together. But Betsy’s health was broken – some say as a result of the agony she had experienced when faced with stories about her husband which she could not or would not believe.

She died on April 15, 1812, at the age of fifty-nine, and was buried in the family grave in Lambeth Churchyard where Bligh was to follow her five and a half years later.

William and Betsy Bligh had many descendants including quite a number of Australians.

The name of Bligh can still arouse political controversy today in Australia. Another descendant who learned what it is like to be deposed is the former Premier of the State of Queensland, Anna Bligh, Betsy's and William Bligh’s great-great-great-great-great-granddaughter and the direct descendant of Elizabeth who married her own cousin, Richard Bligh, thus preserving the name.

ask our community of genealogists a question.
Sponsored Search by Ancestry.com
DNA
No known carriers of Betsy's DNA have taken a DNA test. 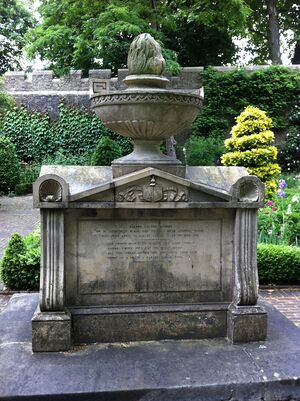 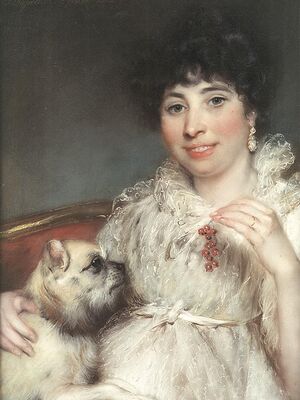