Louisa was born to William Trend Hamlyn Beverhoudt and Mary (Benson) Beverhoudt who had married 7 months before she was born. Mary, who was born in Ireland, is believed have served a convict sentence on Tasmania and to have run a boarding house for men in Ballarat. Louisa grew up with only her mother, believing her father was dead. There is a family rumour that William was a Dutch sea Captain, but it is more likely he was just a young man looking for a way to invest some money in the goldmines that were booming in Australia. He held shares in the 'Break 'O Day' mine near Smythesdale, and Ballarat, Victoria, which flooded, creating a law suit. William returned to England and it is uncertain if he made provision for Mary and Louisa, but they seem to have been comfortably off, owning a house in Melbourne. Louisa is said to remember, as a child, helping her mother do the men's washing by standing on a box to reach into the trough. There is a reference to Mary Beverhoudt being a bonnet maker, and sometime before her marriage, Louisa and her mother moved to Melbourne. In 1885 Louisa married John Edward Moore and they had a house in East Brunswick near Mary who passed away 4 years after Louisa married. A son was born to Louisa and John in Ballarat in 1886, John William Beverhoudt Moore. Frederick was born in 1889 and Norman Francis in 1892. There were 2 daughters, Winifred, born about 1895 and Nellie, born in Coolgardie, Western Australia in 1898. Louisa and John moved to Western Australia where he constructed houses and municipal buildings in regional areas. Louisa knew the sorrow of a mother losing 2 sons during WW1. John (known a Big Jack) married and a son was born after he left Australia Oct 1915. He was killed in action August 1916 at Pozieres, Somme Sector, France aged 29. His name is on the Australian National Memorial, Villers-Bretonneux, France. Norman enlisted in May 1916 and was killed by a shell at Messines, June 1917 aged 25. His name is on the Ypres (Menin Gate) Memorial ( Panel 27), in Belguim. Louisa and John finally settled in Goomalling with daughter Nellie and her family nearby. Louisa died 1936 and John a year later. 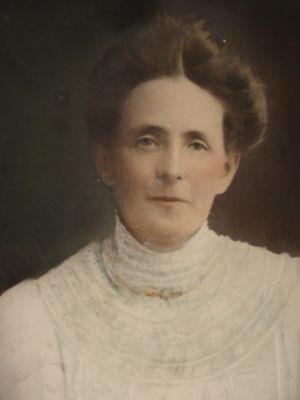