Won both the "Best Actor in a Supporting Role" Oscar & the "Best Motion Picture Actor - Musical/Comedy" Golden Globe in 1976 for his role as Al Lewis in "The Sunshine Boys" (1975).

Won an "Outstanding Performance in Informational Programming" Primetime Emmy in 1990 for his work in "A Conversation with..." (1988).

LOS ANGELES - George Burns, who died yesterday at the still-extraordinary age of 100, made it seem for a while as if he had no intention of leaving at all. With his cigars and martinis and his fondness for the company of pretty young women, he made old age out to be not a grey back bedroom but an extension of the prime of life. The great achievement of his career may well have been to convince millions, who may have been doubtful, that life begins or begins again, not at 40 but at 79, as his did when he made The Sunshine Boys after a hiatus from the cameras of 36 years. Extraordinary His long climb from the lowest rungs of vaudeville to the top and then into radio and television as half of Burns and Allen prepared him, if not later audiences, for his extraordinary and endearing success as a single. He remembered that when he and Grade were in vaudeville, he learned to go onstage with a cigar before the audience arrived, to test the prevailing drafts, so he could stand downwind from Gracie. He had learned that audiences resented him when the cigar smoke went in Gracie's face. He used to claim he had the easiest act in vaudeville, since all he had to do was say "You what?" or "Your brother what?" to trigger Gracie's glorious inanities ("You could have knocked me over with a fender"). The truth was, of course, that George was the ultimate old pro, who quickly saw the appeal of Gracie's chirpy malaprop innocence. "Say, good night, Gracie," Burns would say. "Good night, Gracie," she would reply. Chatting in his Hollywood office a few years ago before going off to do a show in Lafayette, La., he suddenly called to an assistant, "Phone Lafayette and find the name of the oldest theatre in town. I'll tell 'em I played there 50 years ago." After the hard years in tank-town vaudeville, he knew how to win an audience. A trouper Burns was a trouper in the old "the-show-must-go-on" tradition. Only a few years ago, he fell and stripped the skin off one shin, raising a ghastly bruised welt and reducing his gait to a hobble. He examined it in his Las Vegas dressing room one night after a performance. I'd have said it was a miracle he could stand, but he'd done an hour with the audience none the wiser about the injury or the pain. He was one of the great show business raconteurs, onstage (where his tales were central to his charm) and offstage (where they flowed from an apparently bottomless memory). As with Alfred Hitchcock, another superb raconteur, it was not always clear where memory left off and imagination began, but it hardly mattered. There was always a discernible ring of truth, as in his story about an early partner who could sing but not talk without a heavy stammer. One night at their boarding house in Altoona (or some such place) the partner ran to George gasping unintelligibly. "Sing it!" George said he cried. The partner sang, "We been robbed, we been robbed, we been robbed," to a tune George, for once, could not remember. Many of George's stories, public and private, involved his long, dear friendship with Jack Benny. The game between them was that George could send Jack into hysterics with the lift of an eyebrow, but Jack could not raise a laugh from George, hard as he tried. My favorite among the stories was of a long-ago breakfast. Jack said, "What're you having?" George said, "Steak and eggs; I'm hungry. What about you?" "I'm having Cream of Wheat," Jack said. "Why" George asked, incredulous. "Because Mary Livingston says it's good for me," Jack explained. "But steak and eggs are good for you." "That's right," Jack said defiantly. When the waiter came, they both had steak and eggs. When the bill arrived, George said, "You pay it, Jack." Jack said, "Why should I pay all of it?" "Because if you don't," George said, "I'll tell Mary you didn't have Cream of Wheat." Amazingly, George Burns linked a day before radio, let alone television, with a world of CD-ROMs and cyberspace. And no small part of the fondness audiences of all ages had for him was that he bespoke times when things seemed simpler, more innocent, less frazzled and cynical, when a few bars of soft-shoe and lines of a foolish song from an ancient vaudeville act carried a strong and particular magic. After Gracie died, George made monthly visits to her grave to bring her up to date on his doings. Now, whatever one's theological leanings, it is nice to think of the act reunited.

Click the Changes tab for the details of contributions by David, Scott, Maryann, Cynthia, Stephanie, Nicolas and others. 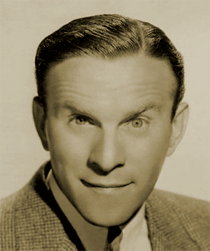 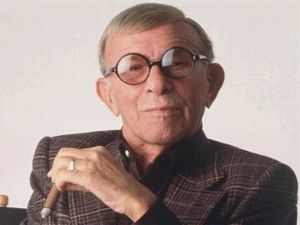