Bela Ferenc Dezső Blaskó was born on October 20, 1882 in Lugos in the Kingdom of Hungary. His parents were István Blaskó and Paula de Vojnich. He was the youngest of four children.

Bela was raised as Roman Catholic. When he was 12 years old, he dropped out of school. And by his late teens, he began his acting career (around 1901-1902). It was around this time that he took on the last name of "Lugosi", which came in part from the name of his home town. He began by taking on roles in small theaters throughout Hungary and was only interrupted by the onset of World War I. During WWI (1914-1916), he served as an infantryman for the Austrio-Hungary Army and fought on the Russian front as a member of the Ski Patrol. He received the Wound Medal for injuries suffered in the fighting.

When he returned from the war, he married his first wife, Ilona Szmik around 1917. The couple had no children, and by 1920 they had divorced, reportedly over political differences with her parents.

Bela was an activist around the time leading up to the Hungarian Revolution of 1919, and ended up fleeing the country, travelling to Germany, and eventually ending up in the United States around 1920. He appeared in 12 Hungarian silent films, several German films, and when he arrived in the US, he started off again on the stage for a number of years. In 1927, he starred in a theater version of Dracula, which was very popular. When the movie version was being cast (1930-1931), Lon Chaney was originally considered for the part, but due to his popularity in the theater, they cast Lugosi instead.

Around this time, he married Beatrice Weeks (in 1929), however, they divorced 4 months later as she claimed infidelity. It was rumored at the time that he was having an affair with actress Clara Bow. He denied such rumors. He later married Lillian Arch (in 1933).

Bela was typecast as a horror movie villain for many years, although he did what he could to break out of the mold. By the late 1930's and early 1940's, he resigned to the fact that Hollywood wanted him primarily in this role. In 1938, Bela and Lillian had a child, Bela G. Lugosi, Jr. Bela Sr. continued acting through the 1940's both in movies and theater, however, he developed severe issues with sciatica that affected his ability to perform. It also addicted Bela to pain killers, which ended up putting his career on hiatus.

By the 1950's, Bela had moved into near obscurity when a director by the name of Ed Wood sought out Bela and offered him roles in his movies. Initially his voice was used to narrate movies, but eventually he began acting again. Ed was a fan of Bela, and helped him seek medical help for his pain and addictions. Apparently even Frank Sinatra visited Bela in the hospital and paid for some of his medical expenses. Bela's final film was in 1955.

Bela and his wife Lillian divorced in 1953. He married once more in 1955 to Hope Lininger. She remained with him until his death. Bela Lugosi died in 1956 of a heart attack. He was buried wearing one of his Dracula cape costumes and interred at Holy Cross Cemetery in Culver, California. He was 73 years old at the time.

Is Bela your ancestor? Please don't go away!

ask our community of genealogists a question.
Sponsored Search by Ancestry.com
DNA
No known carriers of Bela's DNA have taken a DNA test. 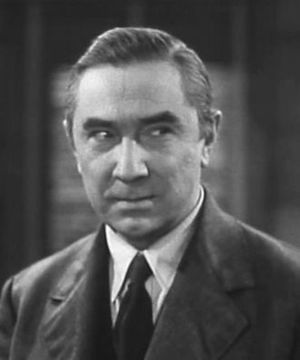 Leave a message for others who see this profile.
There are no comments yet.
Login to post a comment.
J Palotay
There are more sources on his FamilySearch FamilyTree profile; I don't have time (or patience) to add them all here, but I've used the FamilySearch Connections app to link the two profiles.
posted Mar 20, 2018 by J Palotay

Bela is 22 degrees from Donald Howard, 18 degrees from Julia Howe and 20 degrees from Henry VIII of England on our single family tree. Login to find your connection.