Mary Bligh was born on 1st April 1783 at Douglas, Isle of Man, the daughter of Captain William Bligh RN, Governor of New South Wales 1806-08, and his wife Elizabeth (Betsey) Betham.

In 1805, she married John Putland, a lieutenant in the Royal Navy who had served in the victory of the Battle of the Nile under the command of Horatio Nelson. John was appointed aide de camp to Mary's father so that she could accompany him to New South Wales. John died of tuberculious on 4th January 1808, just weeks before the infamous mutiny by the New South Wales Corps that deposed her father. John was buried in the grounds of (the original) Government House.

In 1810, Mary Putland was courted by Maurice O'Connell, encouraged by Elizabeth, the wife of the colony's new governor, Colonel Lachlan Macquarie. Maurice had come to the colony with the Macquaries as he was the commanding officer of the 73rd Regiment of Foot.[1] Only days before the ship on which the Blighs was to depart the colony, Maurice proposed marriage. Mary readily accepted and the couple were married on 8th May 1810 at Government House. Mary remained in Sydney with her new husband, while her father returned to England alone; later to be promoted Admiral. It was the tensions between Mary, as the commanding officer's wife and daughter of William Bligh, and those who had deposed Bligh that caused Macquarie to request the 73rd Regiment by re-stationed. The unit was re-located to Ceylon (Sri Lanka) in 1814.[1]

As Lady O'Connell, Mary returned to Sydney in 1838 beside her husband, now Major General Sir Maurice O'Connell; as he took up the appointment of commander of all British troops in New South Wales and a Member of the New South Wales Legislative Council. That year they built their residence, Tarmons. Maurice was promoted to Lieutenant General in 1841 and, in 1845-46, served as acting governor between the terms of Governors George Gipps and Charles FitzRoy. Once again, Mary was the Lady of Government House, but this time in the recently completed "new" Government House (still in use today as the Governor's residence).[1] 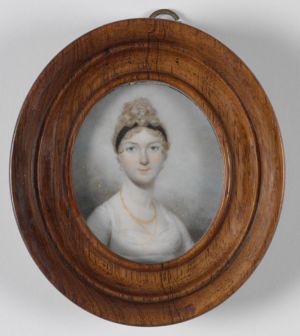