Vice Admiral of the Blue William Bligh, FRS, RN (9 September 1754 – 7 December 1817) was an officer of the British Royal Navy and a colonial administrator. A historic mutiny occurred during his command of HMS Bounty in 1789; Bligh and his loyal men made a remarkable voyage to Timor, 3,618 nautical miles (6,701 km; 4,164 mi), after being set adrift in the Bounty's launch by the mutineers. Fifteen years after the Bounty mutiny, he was appointed Governor of New South Wales in Australia, with orders to clean up the corrupt rum trade of the New South Wales Corps, resulting in the so-called Rum Rebellion.[1]

He married Elizabeth Betham, daughter of Richard Betham and Mary Campbell, on 4 February 1781 at Douglas, Isle of Man.[5] 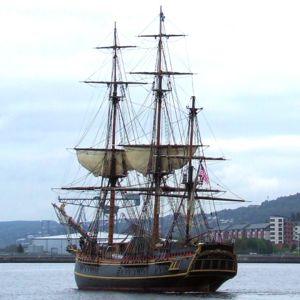 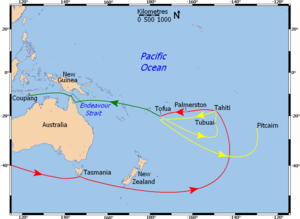 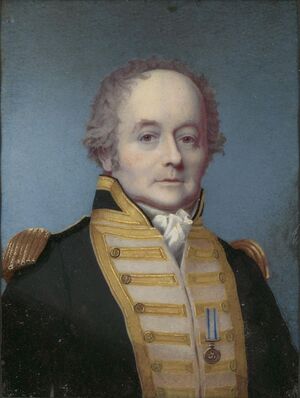 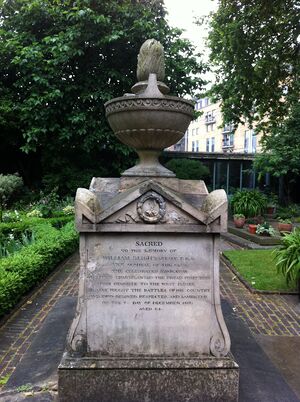 On my mother's side.

posted Sep 10, 2020 by Debbie (Fink) Thomas
Heather Stevens
I have stayed at his house in Lambeth Road. It is now a B&B.
posted Sep 09, 2020 by Heather Stevens
Sherie Morehouse
Admiral William Bligh was married to my 12th Great Grandmother (Lady Elizabeth Gorges) and Lt. Fletcher Christian was my 9th cousin five times removed. They were both on my father's father's branch of my family. Kind of ironic I think.
posted Sep 09, 2020 by Sherie Morehouse
Robert Funderburk Jr
Yes, I would say so. That is ironic.
posted Sep 10, 2020 by Robert Funderburk Jr

Elizabeth (Russell) Alderdice RGN SCM
he was not noted as a very nice captain to his crew
posted Sep 02, 2020 by Elizabeth (Russell) Alderdice RGN SCM
Robert Funderburk Jr
It was said that he was very cruel to his men. At his court-martial, he was acquitted of any wrong-doing, but it was said that he wasn't permitted to command a ship again. As to whether that was so, I'm not sure. I think he was a Lieutenant at the time he was in Command of the HMS Bounty.
posted Sep 08, 2020 by Robert Funderburk Jr
edited Sep 08, 2020 by Robert Funderburk Jr

Abby (Brown) Glann
Hi there profile managers! We plan on featuring William as the Example Profile of the Week in the Connection finder on September 9th. Between now and then is a good time to take a look at the sources and biography to see if there are updates and improvements that need made, especially those that will bring it up to WikiTree Style Guide standards. A Team member will check on the profile closer to the week we'll feature it and make changes as necessary.