Robert Timothy Blinman known to family as Tim Blinman was born to his 17 year old mother Sarah Blinman in August 1909, at or about Hawker in South Australia, Australia.

Was living at or about Engadine near Sydney in New South Wales, Australia at time of enlistment into the army in World War 2.

He was discharged from the army in October 04, 1945 after serving as a Military Policeman in and around Darwin in the Northern Territory of Australia. He moved back to New South Wales where his mother and her husband and his much younger step brother and stepsister were living.

He met my Grandmother Ethel Carter at about this time and helped to raise her youngest son Roger as his own. Roger later took his step father's surname as his own and raised his own children as Blinman's also.

Tim Blinman and Ethel Carter nee Bennett were married in August 1966 in their new home in Unley in Adelaide's inner south.

Robert Timothy Blinman passed away in January 1994; 4 years after his beloved Ethel Mabel and was buried at the Enfield Memorial Park in Enfield South Australia.

Is Tim your ancestor? Please don't go away!

ask our community of genealogists a question.
Sponsored Search by Ancestry.com
DNA
No known carriers of Tim's ancestors' DNA have taken a DNA test. 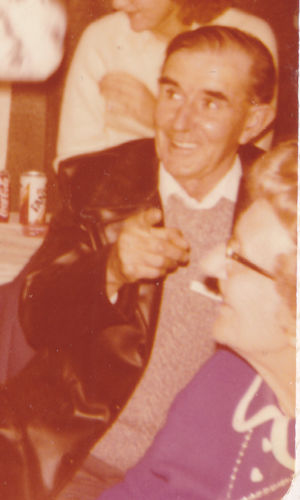