NOTE: The several Thomas Bliss' of New England have had their vital records, family relationships and biographical facts mixed and matched in a Gordian knot. In brief, we are dealing with three or possibly four individuals of the name Thomas Bliss:

In editing the biographies of the several Thomas Bliss' I, (djt) have elected to treat Thomas Jr. of Hartford as the same person as Thomas Bliss of Saybrook and Norwich.

Thomas Bliss was baptized 23 Jan 1617/8 at St. John the Baptist, Gloucester,[1] where his parents Thomas Blisse and Margaret Snowe were married.[2]

A Founder of Hartford, the name of Thomas Bliss Jr. is inscribed on the East face of the Founder's Monument.

He removed with Rev. James Fitch to Norwich in 1659/60,[10] where Thomas was one of the original thirty five purchasers of the land that became Norwich, Connecticut. Thomas Bliss had a land allotment of five and a quarter acres with a lane on the south leading to the river.[9]

Freeman: Thomas Bilsse and several other men from Norwich were made freeman of Connecticut at a General Assembly meeting at Hartford 8 Oct 1663.[11]

Thomas Bliss' will is dated April 13th, 1688, two days before his death and in it provision was made for his wife Elizabeth and six daughters, and his only living son, Samuel, who was at that time thirty-one years of age. His estate was estimated at £182, 17s. 7d. He had land, besides his home lot, " over the river — on the Little Plain — at the Great Plain — at the Falls — in the Yantic meadow — in meadow at Beaver Brook — in pasture east of the town — and on Westward hill." 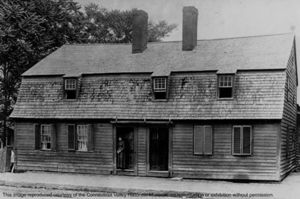 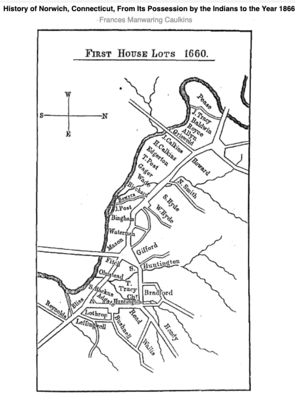 Anne B
I'm going to do some updating/rearrangement of this profile.
posted Aug 30, 2019 by Anne B
[Living Hudnall]
Yay, I just got a bunch of records, sources and books that are detailed factual proof of Thomas's family before they emigrated to the colonies. Whoo hoo. Got his grandparents names and grt grand-parents, too. I'll get around to reading them and high-lighting facts and citations in the next month or two. I can't wait until I can fix this mess of multiple confusing Thomas Blisses.
posted Mar 23, 2019 by [Living Hudnall]
[Living Hudnall]
http://sherrysharp.com/gentree/getperson.php?personID=I12357&tree=Roots

This person has a lot of sources listed for the Family of Bliss/Ide. It's worth it to buy all the books they are using for reference

A Fabry
Bliss-2 and Bliss-3157 are not ready to be merged because: There are several Thomas Blisses of similar dates. These are probably intended to be the same man, but I believe the parents in Bliss-3157 are incorrect. And some of the siblings are different. Until the parents and the dates are resolved, I would recommend keeping this as an unmerged match.
posted Jan 29, 2019 by A Fabry