Andrew Blum, born August 18 1851 in Kondringen, Baden, Germany, to Karl and Marie Barbra (Shiller) lived in the home of his parents and aided them in their struggles until the age of twenty. He then obtained work in a brewery where he remained until the year 1876. At this time he secured passage on a frieghter at the French Port of Le Harve. He shoveled coal for the boilers to produce steam to propel the ship. The ship traveled by way of Africa before landing in New York City. Andrews well muscled back aided him in getting work as a maltster in breweries. Andrew worked in breweries in New York, and Cincinnati as he migrated westward. He worked in the Anheuser-Bush breweries in St. Louis, Missouri from the years 1876 to 1880. He then traveled to the Omaha-Council Bluff area where he worked in the breweries as a malster. He saved his money and sent for his brothers to join him in America. In 1882, Andrew and Louise, and his brother, William and Louise's sister, Caroline, became the first homesteaders to settle in Aurora County, South Dakota. Andrew on a 160 acre tract of land. William on another. Subsequently Andrew acquired another 160 acres of land through a timber claim. The winters were rough on the plains in the 1880's. Andrew and Louise returned to Omaha, Nebraska many winters where Andrew would work in the breweries as a maltster.

Andrew married Louise on June 27th 1881, at Council Bluffs, Iowa. After their marriage they lived in a house on the north west corner of Nicholas and Pierce streets. Andrew was a maltster for the Geise Brewery Co. at the time. January 23, 1882, they welcomed their first born into the new world here in Omaha, Nebraska. The weather was so cold and the living quarters, barely adequate, that they kept the baby in the oven to keep her from freezing.

In 1899 Andrew sold his land in South Dakota and moved the family to South Bend, Nebraska. He was a FruitGrower.

ask our community of genealogists a question.
Sponsored Search by Ancestry.com
DNA Connections
It may be possible to confirm family relationships with Andrew by comparing test results with other carriers of his Y-chromosome or his mother's mitochondrial DNA. However, there are no known yDNA or mtDNA test-takers in his direct paternal or maternal line. It is likely that these autosomal DNA test-takers will share some percentage of DNA with Andrew: 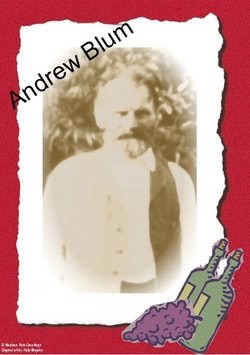 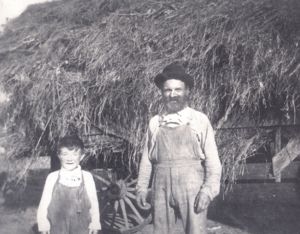 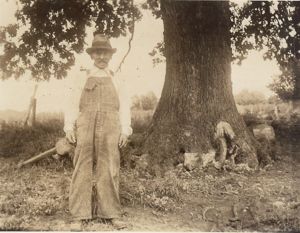