Mr. Blum was born February 17, 1898 at White Lake, South Dakota and was baptized April 10, 1898. His family moved to Cass County and settled on a farm near South Bend, where he attended grade school. He was confirmed in 1912 at Trinity Lutheran Church of Murdock. He graduated from Louisville High School and went on to York Business College.

On January 5, 1925 he married Christine M. Christenson at Trinity Lutheran Church of Murdock. The couple farmed in the South Bend and Murdock areas until 1954, when they retired and moved to Murdock. They moved to Plattsmouth in 1981. After his wife’s death, Mr. Blum moved to Louisville Care Center.

He was active in church, school and community, holding offices in many organizations.

The Rev. Gerald Gottberg officiating at the service, with Donna Neumann as organist and Leonard Stohlmann Jr. as soloist.

Graphic History from the Pen of William Blum

I was the sixth of eight living children, born on the bleak and barren prairies of White Lake, South Dakota, on February 17, 1898, some time after noon, as mother confidentially related to my wife in theri heart to hearts talks.

My father and mother's sister, Caroline, (William Blum's wife) went into town, (White Lake, South Dakota) to replenish the family larder, as things were not so conveniently handy, as we have it now, and in their absence it was such a beautiful day, my mother decided to get straw for bedding for the livestock, and chickens. She harnessed the horses, hitched them to the hay rack and drove them to the straw stack, soon after arriving there, she felt the urgence to get back to the sod house, for the impending birth made itself felt.

So, she had the conscious concern, would Andrew and Caroline get back in time.

I was two years old, when after nineteen years of very strenuous living, ekeing out an existence on a South Dakota homestead, they were lured to South Bend, Nebraska, to a land of plenty of water. A natural spring which seemed to originate from the roots of a red oak tree, Pawnee Creek, flowed through the middle of the eighty acre tract of land, which had trees and orchards and was a productive land.

My folks were always strapped for funds, as my father made snap decisions, which were not always productive, and mother had to fill in the gaps. He was always hale and hearty with friends and hired men, to cook for, but was also helpful to provide.

We do not realize the aches and pains our parent suffer until we experience them ourselves. Mother was so plagued with headaches, I remember her using the horse radish leaves to tie around her head, and the agony she had with her gall bladder. After her operation in January of 1928, she died, February 2, 1928 of pneumonia. She was recognized as a friend of the old people to relieve them of their suffering.

I was baptized in the Lutheran Church in White Lake, South Dakota on the tenth day of April, 1898. I was confirmed, March 31st, 1912. Psalms 37:3 was the Bible passage. "Commit thy way unto the Lord: trust also in Him: and He shall bring it to pass."

We were always guided and warned of temptation under mothers watchful eye. This quotation, "God knew he couldn't be everywhere, so he put his little children in a loving mother's care." Mother was always more thorough in exercising attention.

Is Bill your ancestor? Please don't go away!

ask our community of genealogists a question.
Sponsored Search by Ancestry.com
DNA Connections
It may be possible to confirm family relationships with Bill by comparing test results with other carriers of his Y-chromosome or his mother's mitochondrial DNA. However, there are no known yDNA or mtDNA test-takers in his direct paternal or maternal line. It is likely that these autosomal DNA test-takers will share some percentage of DNA with Bill: 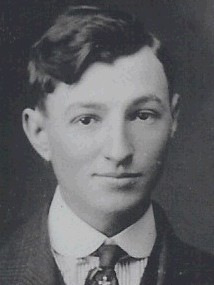 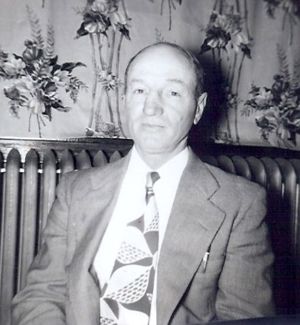 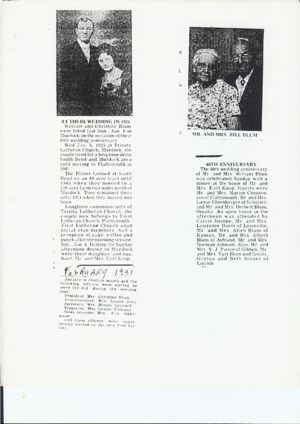