John Sydney Blythe was born on February 15, 1882, in Philadelphia, Philadelphia County. Although the Barrymore family bible puts his date of birth as February 15, 1882, his birth certificate shows February 14. He was the youngest of three children. His siblings were Lionel (b. April 1878), and Ethel (b. August 1879). His father was Maurice Barrymore, an Indian-born British actor.[1] He later became known as John Barrymore and nicknamed “The Great Profile.” John is considered one of the most famous in the Barrymore Family, which is also known as the American Theatre’s Royal Family. Barrymore’s mother, Georgiana Drew Barrymore, was a comic actress. His father, Maurice Barrymore, who was formerly known as Herbert Blythe, was also an actor. John Barrymore had two siblings: Lionel and Ethel, who were both actors as well. As a child, John was raised by his grandmother, Louisa Lane Drew, since his mother and father had acting careers that required them to travel.[2]

John Barrymore attended King’s College in Wimbledon and New York’s Art Student League. After his education, John pursued an art career. He sketched for the New York Evening Journal. However, acting came naturally to most of the Barrymores and it was an easy way for John to make money, so he began an acting career. [2]

He began his career in 1903 and first gained attention as a stage actor in light comedy, then high drama, culminating in productions of Justice (1916), Richard III (1920) and Hamlet (1922); his portrayal of Hamlet led to him being called the "greatest living American tragedian".[1]

After a success as Hamlet in London in 1925, Barrymore left the stage for 14 years and instead focused entirely on films. In the silent film era, he was well received in such pictures as Dr. Jekyll and Mr. Hyde (1920), Sherlock Holmes (1922) and The Sea Beast (1926). During this period, he gained his nickname, the Great Profile. His stage-trained voice proved an asset when sound films were introduced, and three of his works, Grand Hotel (1932), Twentieth Century (1934) and Midnight (1939) have been inducted into the National Film Registry.[1] 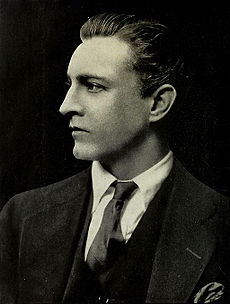 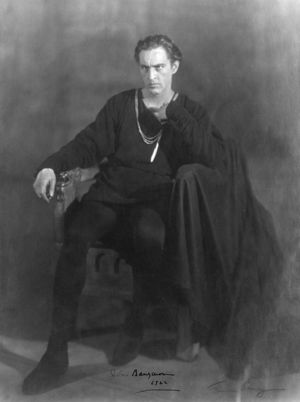 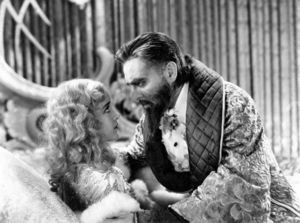 John is 19 degrees from Jaki Erdoes, 10 degrees from Wallis Windsor and 17 degrees from Henry VIII of England on our single family tree. Login to find your connection.