Everardus was the second domine, (dominee in Dutch) or minister, of the Dutch Reformed Church of New Amsterdam in New Netherland.

"Everardus Bogardus, domine, the first established clergyman in this city, arrived here in 1633. A church, constructed of wood, was erected for him on the present north side of Pearl street, between Whitehall and Broad streets. This edifice being exposed to an assault, should the Indians (sic) surprise the community while at their devotions, was abandoned in the time of the Indian War of 1642, at which time a church was erected within the walls of the fort, where Domine Bogardus afterwards officiated." [1]

Everardus went to New Amsterdam (now New York) to preach the gospel among the first settlers and the Native Americans. He was one of the founders of Christianity in America.

Everardus was from Woerden, which is currently located in Utrecht, in the Netherlands. His parents are believed to have been Willem Cornelisz Bogaert and Niesgen Pietersdr. [2][3]

From the earliest period of the orphanage in Woerden, there's a pamphlet called Waerachtige en zekere geschiedenis (1623). The gifted Evert was struck deaf and dumb twice, in 1622 and in 1623, as he had visions when he refrained from food and drink. In his rapture Evert called the world to repentance. Master Zas, the rector, compiled the story from the boy's notes. [5]

Everardus arrived on the Soutberg (Salt Mountain), [8] which sailed from Texel 27 July 1632 and arrived in New Amsterdam before 16 April 1633. Also arriving on the Soutberg was the newly appointed Director-General Wouter van Twiller. [9]

"The vast majority of people bearing the name of Bogardus are descended from the Rev. Everardus Bogardus..." [10]

Everardus was married to Anneke Jans in March of 1638 in New Amsterdam. [11] Some sources give a marriage license date of 21 Jun 1642 for Everardus and Anneke but that is actually the date of the settlement of the estate of Roeloff Janssoon, Anneke's former husband. [12]

"...Annitjen Jans, formerly widow of the late Rouloff Jansen from Masterland, and at present wife of Everardus Bogardus, minister here, with the Hon. Willem Kieft, director general of New Netherland, and Johannes La Montangne, her chosen guardians herein, who declared that in the month of March A°. 1638, before she, Annitjen Jans, had entered into the marriage state with her present above named husband, she had agreed with the guardians of the surviving legitimate children which the aforesaid Rouloff Jansen had in his lifetime procreated by her respecting their share of their deceased father's estate, which aforesaid contract was drawn up and written by the late Secretary Hudden, and is at present not to be found in the old books, papers or registers." 21 Jun 1642, Fort Amsterdam, New Netherland [13]

Everardus and Anneke were also described as husband and wife on 12 Aug 1638 when Everardus gave Wouter van Twiller power of attorney in order to collect the monies owed to the children of Roeloff. [14]

Everardus and Anneke had four children; Willem, who was most likely born before records began in New Amsterdam, and three who were baptized in the Dutch Reformed Church of New Amsterdam.

These children were all mentioned in the 1663 will of Anneke, [18] though Cornelis died not too long after it was written, [19] and whose death was the catalyst for the on-going debate about the land that the Trinity Church occupies. See more on Anneke's page.

Everardus was the second domine of the Dutch Reformed Church in New Amsterdam from 1633 to 1647. [20] Jonas Michaëlius was the domine prior to Everardus. [21]

"Bogardus routinely married African men and women and baptized their children. He also served as godparent for an African infant. In 1636, he pleaded with the West India Company to provide a schoolmaster "to teach and train the youth of both Dutch and blacks in the knowledge of Jesus Christ." [22] He threw open the church to Africans. He justified his policies to company headquarters in Amsterdam with the argument that "good hopes exist for the conversion of the Negroes.” His elders and deacons supported their pastor, writing that “the negroes living among the colonists come nearer" to the right knowledge of God than the Indians." [23]

Due to his ongoing disdain for the leadership in New Netherland, Everardus had resigned as the domine of New Amsterdam and was setting out to make a return trip to Amsterdam to defend himself and give testimony against Willem Kieft. [24]

"It was at the wedding of Adam Brouwer and Magdalena Verdon ... that the Dominie made public criticisms concerning the Governor's Indian policies. The quarrel grew. Kieft accused the Minister of living too convivial a life, and in turn was accused of incompetency. It was decided to place all charges before the West India Company in Amsterdam, and the Governor and a few of his supporters, and the Minister with his witnesses, sailed on the "Princess" for Holland. Off the coast of Wales the ship went down and the two principals in the quarrel were drowned." [25]

Everardus died on 27 September 1647 when the captain of the Prinses Amelia mistook the Bristol Channel for the English Channel and ran aground at Mumbles Point, Wales, near Swansea, when the ship broke apart. [26]

Sponsored Search by Ancestry.com
DNA
No known carriers of Everardus's DNA have taken a DNA test. 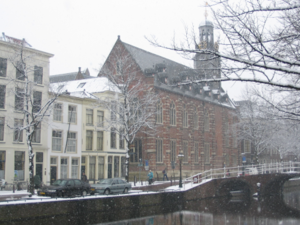 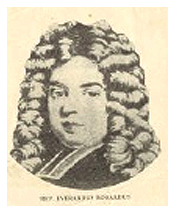 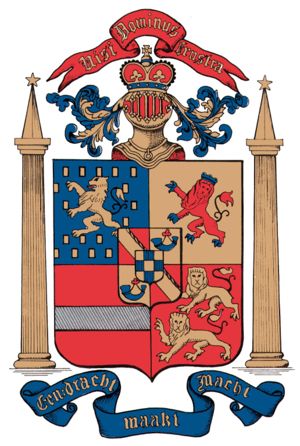 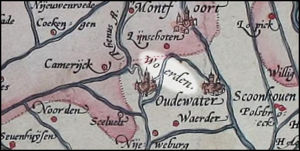 Tanya Lowry
Another Source, I found that is great!

The whole book is interesting! https://archive.org/details/scandinavianimmi02evje/page/n139

Steven Mix
Bogardus-146 and Bogardus-5 appear to represent the same person because: This stray match needs to be merged into the NNS PPP. No tree conflicts, because no tree. This match identifes the death as aboard ship Princess, coast of Wales. Thanks!
posted Jun 03, 2015 by Steven Mix

Steven Mix
Bogardus-178 and Bogardus-5 appear to represent the same person because: This recently imported stray needs to be merged into the NNS PPP. No tree conflcits. Thanks!
posted Jun 03, 2015 by Steven Mix

1642 21 Jun; Everardus Bogardus; Anna Jansen http://homepages.rootsweb.ancestry.com/~rbillard/ny_marriage_licenses.htm in a related site listed on the one Liz found.