Napoleone di Buonaparte was born 15 August 1769 in Ajaccio, Corsica[4][2][5] to Carlo Maria Buonaparte and Maria Letizia Ramolino.[3] The Buonapartes were a modest family and said they were of minor nobility.[1] Carlo Maria was an attorney and was one of Corsica's representatives to the court of Louis XVI.[1][2] Napoleon was baptized in the Catholic church on 21 July 1771 at Ajaccio.[1]

Napoleon's father's position afforded him better schooling than most in Corsica.[1][2][5] His primary language was Corsican, and his Corsican accent never left him.[1] French was his third language, following Italian.[3] He did rather well in school, despite being teased for his accent.[1][5] He followed his early schooling with military school.[2][5] Napoleon was the first Corsican to graduate from École Militaire, completing his time there in September 1785.[1][5][3] Napoleon's father died the same year, and Napoleon was left to lead his family, which included moving them from Corsica to France to escape persecution by revolutionaries.[3]

Napoleon married Joséphine de Beauharnais in 1796.[3][5] He adopted Joséphine's son Eugène and daughter Hortense from her first marriage, as well as her niece, Stéphanie de Beauharnais.[1] During his marriage to Joséphine, he took a mistress, Pauline Bellisle Foures, the first of at least 22 mistresses during his lifetime, while Joséphine had lovers of her own.[3] Napoleon and Joséphine had no children together.[5] The lack of an heir led him to dissolve his marriage to her, despite still loving her.[5][2]

After the revolution he had Notre Dame Cathedral restored. Then, December 2, 1804, he declared himself Emperor of France and then crowned Josephine, this was all done at Notre Dame.[6][7][8]

Napoleon next married Austrian Archduchess Marie Louise in a Catholic marriage rite 1 April 1810.[3][2][5] They remained married until his death, though she did not join him in exile.[1] They had one child together, Napoleon Francis Joseph Charles, born in 1811, and known from birth as the King of Rome.[2][5]

Napoleon acknowledged one illegitmate son, Charles Léon, born in 1806, the son of Eléonore Denuelle de La Plaigne.[1] DNA testing later proved that Alexandre Colonna-Walewski, son of another mistress, Maria Walewska, was also his son.[1][9] He is believed to have had other children from mistresses, though they have yet to be confirmed[1]

Napoleon was not an exceptionally large man, at 5'6", though his personality and will were rather pronounced.[1] His military and governing styles were akin to a master chess player's strategies-always looking ahead to what his opponent's next move might be and planning his own.[1] He had to win at all things, and was excellent at prioritizing and hard work.[1] He was overly self-confident, and used that to inspire the men he led.[1][3]

Napoleon rose through the ranks of the French Army during the French Revolution, beginning as an artillery officer at the outset in 1789.[10][1] He was nearly unstoppable on the battlefield, and became a national hero after helping to turn around leadership of the Italian army.[5][2] He led a coup and seized control of the French government in 1799 following an expedition to Egypt.[10][5] He served as First Consul of the Republic from 1799 until he crowned himself Emperor in 1804.[3][2][5][10]

Napoleon conquered a substantial amount of continental Europe during his reign.[10] His efforts also led to the destruction of the Holy Roman Empire.[1] He would further his hold on continental Europe with the Battle of Walgram in 1809 and then by crowning his brother, Joseph, the King of Spain in 1808.[1] His expansion across Europe would lead to disaster when he attempted to invade Russia in 1812.[10]

In 1813, he led in the Battle of Leipzig, also known as the Battle of Nations.[11] It was the biggest battle of the Napoleonic Wars.[11] Napoleon was defeated by a combined coalition of Russians, Prussians, Swedes, and Austrians.[11] It marked the first time Bonaparte clearly lost on the battlefield.[11][3] The retreat from the battle pushed all the way back to France.[11][2]

Bonaparte returned and briefly resumed power in 1815, which began a period called the Hundred Days, only to abdicate a second time at the Battle of Waterloo 18 June 1815, and was this time exiled to St. Helena.[5][10][2] He was defeated by British and Prussian forces.[10] This was Napoleon and the French Empire's final defeat.[10] He tried to leave his throne to his son, Joseph, but the coalition did not agree with the motion.[1][2] The conditions on St. Helena were bad, and Napoleon complained regularly, although he was able to do what he pleased.[1][2] It was during his time there that Napoleon wrote his memoirs.[5]

Napoleon's military career was one of the greatest in history.[3] He won at least 48 of 60 major battles, drawing 5 of them, and losing only 7.[3] Napoleon's legacy lives on in the emulation of his liberal governing policies and systems, including the Napoleonic Code and the Concordant which re-established relations between rulers and the Catholic papacy.[3][2] He also negotiated the sale of the Louisiana Purchase to the young United States of America.[3]

Bonaparte died 5 May 1821 at age 52, still in exile on St. Helena.[4][10][5][2][3] His physician had insisted that the poor treatment and conditions on the island were leading to his demise.[1] His cause of death was listed as stomach cancer at the time, though there was speculation he was murdered.[1][2][5] Some people believed he may have been poisoned by arsenic.[1] A 2007 article supported this theory after testing showed arsenic in hair follicles.[1] It was later dismissed and the original findings of ulcers and cancer in the stomach determined to be the primary cause of the death.[1]

Nineteen years after Napoleon's death, in 1840, his remains were moved to the French mainland, and in 1861 buried in the Dôme des Invalides, due to the efforts of Louis Philippe I.[1]

Sponsored Search by Ancestry.com
DNA Connections
It may be possible to confirm family relationships with Napoléon I by comparing test results with other carriers of his Y-chromosome or his mother's mitochondrial DNA. Y-chromosome DNA test-takers in his direct paternal line on WikiTree: It is likely that these autosomal DNA test-takers will share some percentage of DNA with Napoléon I: 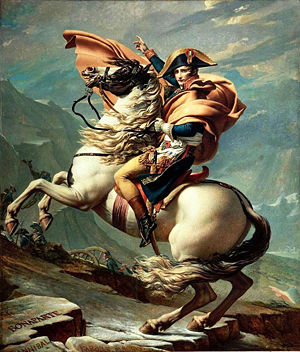 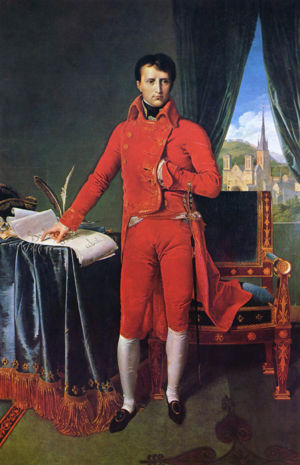 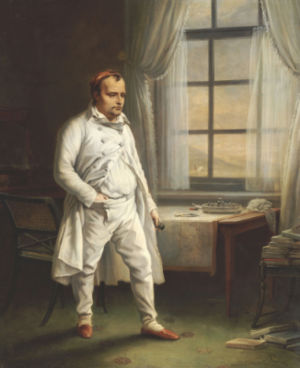 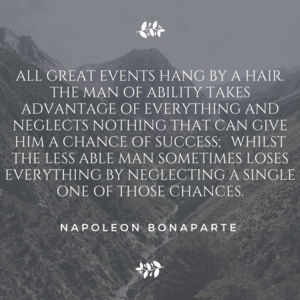 Mike Clovis
2011 DNA research on the House of Bonaparte (en.wikipedia.org/wiki/House_of_Bonaparte)

According to a study in 2011".[4], Napoleon Bonaparte, and therefore all the Bonaparte (males only), belonged to haplogroup E1b1b1c1* (E-M34*). Ref 4 www.ccsenet.org/jmbr Journal of Molecular Biology Research Vol. 1, No. 1; December 2011 MC Note : The same authors produced an update to their study in 2013 which further added the DNA link information to the current living descendant of Napoleon 1 namely Alexandre Colonna-Walewski. Reference International Journal of Sciences Volume 2 September 2013 (9) www.ijsciences.com/pub/article/284