Prince Imperial, King of Rome, Prince of Parma, of Placentia, and of Guastalla, known as Franz, Duke of Reichstadt from 1818 onward, was the son of Napoleon I, Emperor of the French, and his second wife, Archduchess Marie Louise of Austria.

When Napoleon I abdicated on 4 April 1814, he named his son as Emperor. However, the coalition partners that had defeated him refused to acknowledge his son as successor. 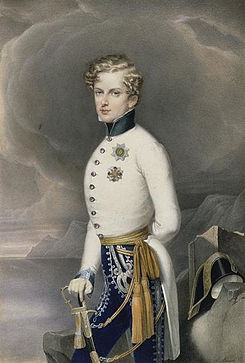 Napoléon II is 16 degrees from Cecil B. DeMille, 20 degrees from Rosalie Neve and 11 degrees from Henry VIII of England on our single family tree. Login to find your connection.