Joseph was a Friend (Quaker)

Joseph was born in 1704.[1][2] He was the son of Benjamin Bond and Susannah Paradise. It is believed he and Martha (prior to their marriage) came to Philadelphia about 1735 and were indentured for their passage. A record of their passage and indenture has not yet been found.

It is believed he passed away 1759 although no record has been found. He is said to be buried at New Garden Monthly Meeting burial ground in an unmarked grave which is consistent with Quaker practices of the period.

The Bond family manuscript[4] lists the following children with the notations given: 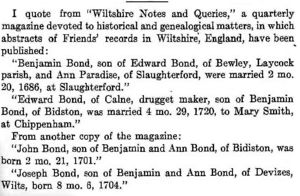 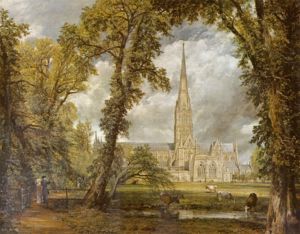