Temperance outlived her husband and made the journey to Salt Lake City. http://www.centerplace.org/history/misc/soc/soc12.htm "From the very beginning (of the Mormon Church), (Joseph Smith's) Mother Lucy Smith had most earnestly desired the opening of a mission in Michigan, for it was here where her second brother, Stephen Mack, had gone before the War of 1812 and made a fortune for himself. (Stephen) was the pride of the family. She had heard all her life of his success "merchandising" in Michigan, of his trading posts there and elsewhere, how he had six clerks in one store and mills and boats on the lakes and trading posts even as far east as Ohio. True, her brother had died without hearing the gospel, but there was a duty Lucy felt she owed to his widow, Temperance Mack, and the rest of his family. Therefore, two pairs of missionaries were to go by way of Detroit and Pontiac, and Lucy was to accompany them on a visit to her sister-in-law. These four were Lyman Wight, John Corrill, John Murdock, and Hyrum Smith.

They went by boat to Detroit, and hence to Pontiac, where they found Temperance Mack and her family in enjoyment of an estate of fifty thousand dollars, free of encumbrance, left by Stephen when he died. There were stores, farms, a mill at Rochester, and considerable other property. Such an interest was raised here that Jared Carter was sent out from Kirtland to follow up the work of the first missionaries. He soon baptized seventy people in Pontiac, which may well be known as the cradle of the Latter Day Saint work in Michigan."

Temperance soon moved with her younger children to Kirtland, Ohio, and later followed the Church leaders to Missouri, Illinois, and finally to Salt Lake City, where she died in 1850.

Another researcher gives her death date as 8 Sep 1850 (probably not correct because it's not likely she died on her birthday). Other researchers say 5 Sep 1850. I'm assuming for now that the cemetery record is correct.

Go to the website of The Joseph Smith Papers to read the extra notes:

Is Temperance your ancestor? Please don't go away!

ask our community of genealogists a question.
Sponsored Search by Ancestry.com
DNA
No known carriers of Temperance's DNA have taken a DNA test. 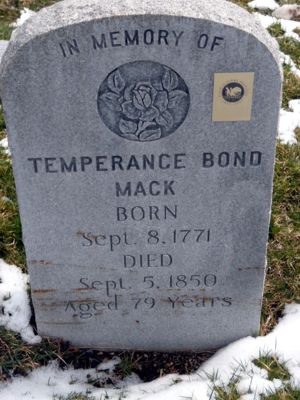