Born as William Bramwell Booth in Halifax, Yorkshire, England, the oldest child born to William Booth and Catherine Mumford, he had two brothers and five sisters, who were Evangeline Booth-Tucker, Catherine Booth-Clibborn , Herbert Henry Howard Booth, Marian Bullups Booth, Lucy Milward Booth-Hellburg, Emma Booth and Ballington Booth. The Booth family regularly moved from place to place as William Booth's ministry necessitated until the family finally settled in London in 1865. Bramwell Booth was involved in The Salvation Army right from its origins as the obscure Christian Mission, established in Whitechapel in 1865, into an international organisation with numerous and varied social activities. He was educated at home, briefly at a preparatory school and at the City of London School, where he was bullied.

Known to his family as 'Willie', as a youth he suffered poor health and had a slight hearing loss. In 1870, aged just 14, Bramwell Booth started to help in the management of his father's Christian Mission and in the cheap food kitchens set up in its early days. He had intended to study medicine and had a fear of public speaking, but despite these obstacles he became William Booth's amanuensis, adviser and administrator. He became an active full-time collaborator with his father in 1874, and an officer when the Christian Mission became The Salvation Army in 1878.

The name The Salvation Army developed from an incident in May 1878. William Booth was dictating a letter to his secretary George Scott Railton and said, "We are a volunteer army." Bramwell Booth heard his father and said, "Volunteer? I'm no volunteer, I'm a regular!" Railton was instructed to cross out the word "volunteer" and substitute the word "salvation".

Is Bramwell your ancestor? Please don't go away!

ask our community of genealogists a question.
Sponsored Search by Ancestry.com
DNA
No known carriers of Bramwell's DNA have taken a DNA test. 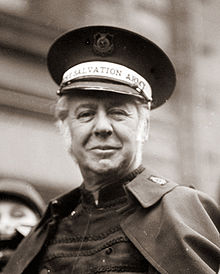 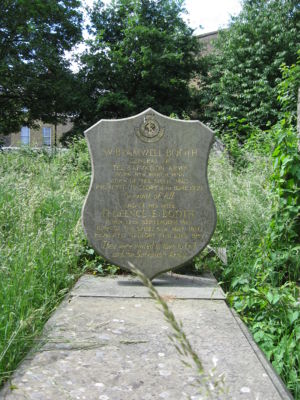 Bramwell is 27 degrees from Danielle Liard, 23 degrees from Jack London and 18 degrees from Henry VIII of England on our single family tree. Login to find your connection.